Detroit skatepark 'The Wig' demolished ahead of $77M development 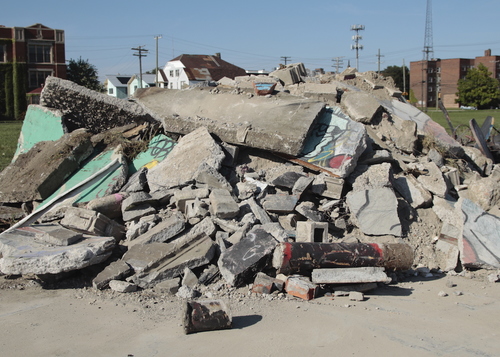 The Wig was reduced to rubble Thursday. (Photo: Michael Lucido)

The final day has come for The Wig, a DIY Detroit skatepark in operation near the Lodge and Selden Street for five years.

A bulldozer reduced The Wig's concrete ramps to rubble Thursday, clearing the way for the construction of Midtown West, a $77 million mixed-use development reportedly set to break ground this spring.

"That's all folks," the nonprofit behind the skatepark, Community Push, wrote on Instagram.

The group set up the skatepark on city-owned land in 2014, breathing new life into the grounds of the long-shuttered Wigle Recreation Center. In addition to the park, it kept up the surrounding land and provided free skate lessons for kids in the neighborhood.

"We made this place safe again," Community push founder Derrick Dykas told Metro Times in 2017. "When we came and started building, we were picking up dirty needles, condoms, and there were [school] kids that were right out here playing on recess while there's guys shooting up in the building next door. We got them out of here."

Hundreds of commenters mourned the loss of the park on social media.

"Can't bulldoze the memories or the rad skating that has gone down at The Wig. That lives forever," wrote @meefer.radness.

"Thank you to everyone who made The Wig my home away from home. Some of the best times of my life. Memories I'll keep forever," wrote @fogolicious. 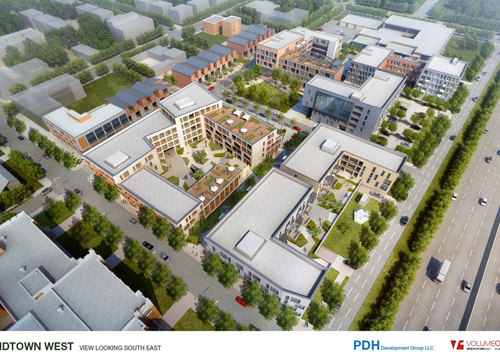 The development to go in its place will have 175 apartments, down from 335 originally announced. The site is between Selden Street to the north, the Lodge Freeway northbound service drive on the west, a Third Street alley to the east and Brainard Street at its southern edge.