Calvin Johnson 'won’t step foot in anything Lions-related.' Here's why. 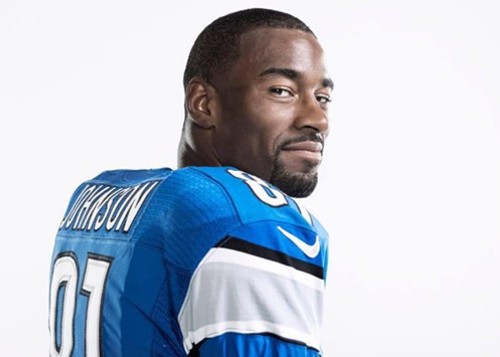 Calvin Johnson opens up about his icy relationship with the Detroit Lions in a new Sports Illustrated profile, telling how the organization ultimately treated him as a commodity in the nine seasons he was one of its greatest assets.

The wide receiver retired three years ago at age 30. SI shares several jaw-droppers about Johnson's time with the Lions — chief among them his claim that after a 2012 game in which he sustained a hit so hard he "blacked out," he was forced to go on the record to recant his initial statement that he was concussed.

Other highlights from the lengthy piece include:

Tensions between the team and its ex-star seem unlikely to thaw anytime soon. We'll leave you with this, from the Sept. 23 magazine issue:

Lions president Rod Wood has said publicly that reconnecting with Johnson is “a very high priority” and that he was in contact with the former wideout. But Johnson says they talked only once, when Johnson called the team to get some information for his accountant.