For months, reporting on the Make Your Date Detroit program has focused on whether the director, Dr. Sonia Hassan, and Mayor Mike Duggan had a relationship that goes beyond the professional. Hardly anyone has asked whether the program, which seeks to prevent preterm birth, actually works. 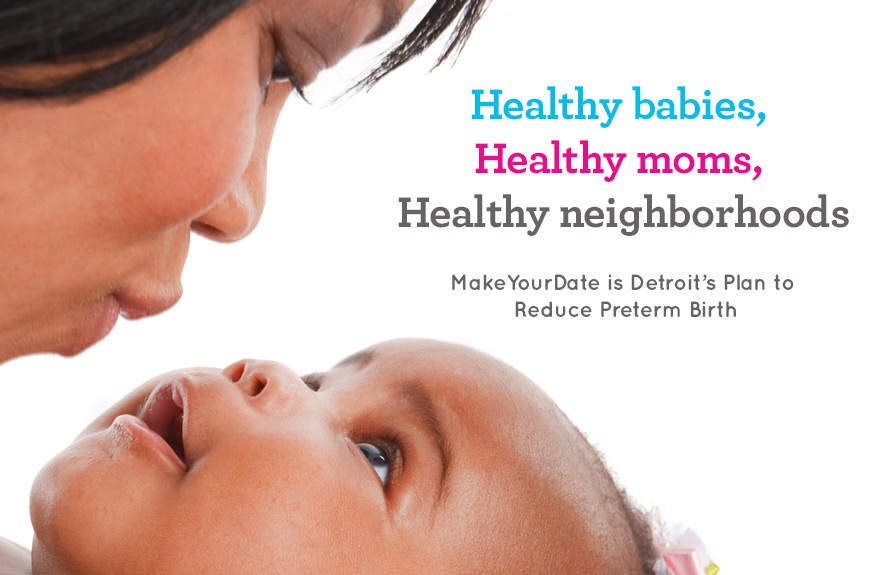 Yesterday, the Michigan Chronicle -- and no one else we can find -- reported on the results of a scientific review of Make Your Date which found that yes, it really does.

Make Your Date, run through Wayne State University, has saved "hundreds" of black babies from premature delivery, the Chronicle reported. Premature infants often develop life-threatening conditions or permanent disabilities. Detroit has one of the highest rates of preterm birth in the country, with 14.5 percent of pregnancies in the city ending early.

With the disproportionate number of infants of color affected by preterm birth, the goal of Make Your Date is to be the best support system for expecting mothers throughout their pregnancy.

“African American infants are at a 50 percent greater risk of preterm birth compared to white infants. As a result, African American infants are now more than twice as likely to die as white infants,” says Marisa Rodriquez, director of strategic operations of the Office of Women’s Health at Wayne State University. “African American women are three to four times more likely to die in pregnancy than white mothers. Hispanic mothers and infants are also at greater risk when compared to white women. There are tests and treatments that exist to reduce preterm birth, but many pregnant women do not have access to them. Our program works to make these lifesaving approaches available. What our program and others provide is important in the fight to reduce the very substantial racial and ethnic health disparities that are seen in pregnancy.”

Rodriquez says that the Make Your Date program has already begun saving infant lives in a short period.

Make Your Date Detroit has been operating for five years, serving about 1,500 women per year. It provides education, counseling, access to insurance, tests and treatment, and referrals to outside services. While preterm birth is the leading cause of infant mortality worldwide, it is especially acute among women of color; African American mothers in Michigan are almost three times more likely to deliver prematurely than their white counterparts.