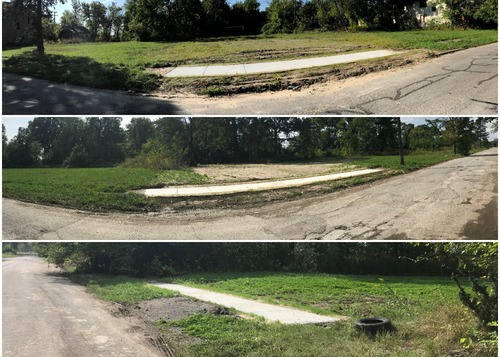 West Robinwood Street — once home to so much blight it was dubbed Detroit’s worst street — has in recent years undergone a facelift. Since 2016, the majority of its abandoned houses have been demolished by the city, transforming the area into an urban prairie. But this year brought some more curious enhancements to the stretch between Woodward and John R, near 7 Mile: Amidst the swaths of vacant grassland, the city has spent thousands of dollars to pave several fresh strips of sidewalk.

The new sidewalks serve little purpose. There’s no development planned around them and no plan to pave along the adjoining empty lots. For residents, they’re merely a symbol of government waste.

“They could start with maybe, say, sidewalks in areas that actually need it, not just picking [spots] randomly that don't have a purpose,” said Stephan White, 46, who bought a house on the street several years ago. “It makes you wonder why they're actually doing it. Is there a long-term goal or plan thought out?”

The answer is not really — not right now, anyway. 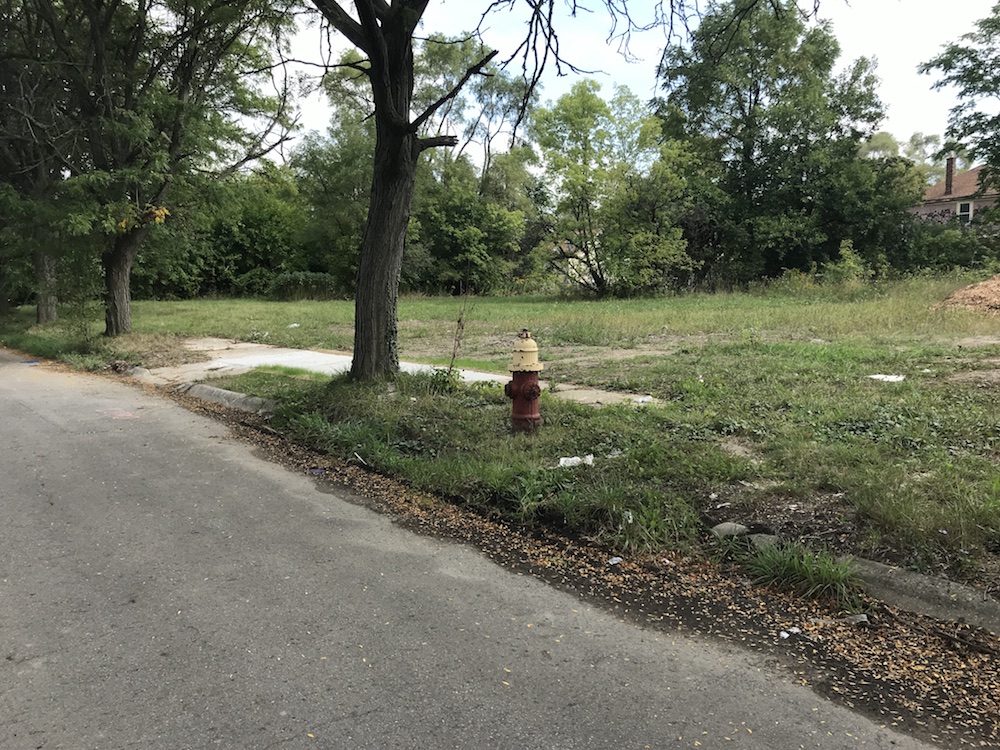 Since Detroit's Department of Public Works took over sidewalk replacement at demo sites in 2018, it has been selecting parcels to pave without written guidelines in place. And as the demo program increasingly moves into unoccupied areas in its sixth year, that heightens the chance more sidewalks will be paved unnecessarily.

Previously, the task of replacing sidewalks at demo sites fell to contractors working under the Detroit Land Bank Authority, which oversees federally funded demolitions. Its rules required contrators to repave areas they’d damaged, but forgo replacements on blocks with no houses and no connecting walks.

The city says it has been using the old rules as a “guidepost,” but they don't cover what to do in areas where there's no sidewalk and only a few houses left standing.

It’s not known how many sidewalks have been needlessly replaced, but Deadline Detroit discovered more than a dozen at demo sites abutting vacant land or abandoned houses in just a couple hours of searching. We surveyed two of the city’s more desolate areas — near John R and 7 Mile and I-94 and Alter Road, on the east side.

The findings raise questions about how well the city is managing existing funds to support its demo program as Mayor Mike Duggan seeks public approval for a $250 million bond that would keep up the pace of demolitions over the next five years.

The new sidewalks aren’t cheap: A single-family parcel can cost up to $2,500 to pave. More than 4,000 full or partial sidewalks at demo sites throughout the city are currently being replaced for $5.2 million, under a DPW contract with Detroit-based Fort Wayne Contracting that expires at the end of the year.

It's unclear where the requirement that sidewalks in front of demolished homes be paved originates. The Michigan State Housing Development Authority, which is responsible for disbursing the federal demo dollars, says it's mandated by city ordinance, and the agency therefore included it in its requirements for demolition contractors. The Detroit Land Bank Authority, which runs the demo program jointly with the Detroit Building Authority, is under the impression that the requirement originated with MSHDA. And the city says there is no written policy relating to sidewalk replacement at demo sites, specifically.

When Deadline Detroit raised questions, Duggan spokesman John Roach said the city was developing a policy to address the issue and avoid waste. On Monday, he said it would be implemented in as little as three weeks.

The policy “will consider surrounding conditions when it comes to sidewalk replacement,” said Roach. “It is entirely possible that some sidewalks in these [lower-density] areas were replaced that would not be replaced under the new policy being developed.”

Detroit has spent nearly $290 million in federal and local money to demolish approximately 19,000 houses since 2014, under the program run by the Detroit Building Authority and Detroit Land Bank Authority. The bond Duggan is seeking would help cover the cost of demolishing 19,000 more. In total, he wants to spend another $420 million on demos through 2025.

But the questionable sidewalk replacements raise questions about whether the city will be able to properly manage that money. In several instances, not only did DPW select parcels that did not appear to connect to any other sidewalk, but archive Google Street View images showed they instructed contractors to lay sidewalk in areas where there was hardly any to begin with. (Examples are shown in the timelapse video above.)

The transfer of demo sidewalk duties to DPW was meant “to bring all sidewalk work under the department’s existing sidewalk program,” Alyssa Strickland, a spokeswoman with the Land Bank, said.

The authority previoulsy ran into problems when demolition contractors were responsible for laying the walks. In 2017, two allegedly submitted falsified replacement photos to receive compensation for work they never did.

Transferring the duties to DPW means that dollars from the city's general fund are now being spent to cover something once paid for through the federal government's Hardest Hit Fund.

But the city frames this is a positive: Using local funds helps conserve the federal dollars for the demolitions themselves.

The city could recoup some of its costs by tapping into those federal funds, Strickland said, but it has not done so.

The department will reassess which remaining parcels warrant paving under the contract with Fort Wayne when the new policy goes into effect, Roach said.

There are no plans for upkeep of sidewalks already laid. They may only stay intact if someone buys the land they’re on, as the city requires property owners to take care of their walks.

Back near West Robinwood, we found Bill Moore, 61, sweeping the neat concrete strip in front of his home on West Brentwood. He pointed to where the sidewalk ends: An adjacent parcel on which a house was demolished about 15 years ago.