Gazpacho is among menu items at the fast-casual newcomer. (Photos: Facebook)

Restaurant build-outs can take time and hit snags. Still, when Olympia Development of Michigan announced in 2018 that construction for Frita Batidos "on Columbia Street will begin soon," we didn't expect that food wouldn't be ready for another 56 weeks.

The slow-cooked newcomer, serving burgers and "Cuban-inspired street food," opens Wednesday. Under a subhead that says "The long-awaited outpost has finally set the date," Eater Detroit editor Brenna Houck notes that the debut comes "after more than four years of anticipation and many delays."

Chef Eve Aronoff confirms to Eater that the restaurant will debut on Wednesday, Oct. 2, along the new pedestrian-friendly Columbia Street promenade in downtown Detroit near the Fox Theatre. . . .

Frita Batidos will serve . . . express items such as sandwiches, salads and ginger rice bowls for workers on their lunch breaks and customers visiting the entertainment district

Beverages include Mocha Cubano, which the restaurant describes Monday on Facebook as coffee "finished with a dollop of chocolate Español, then a dollop of house-made horchata fluff -- with or without a splash of Spaulding coffee liqueur."

The spot at 66 W. Columbia St. is a spinoff from a popular Ann Arbor restaurant on West Washington Street. Its Spanish name translates as "Burgers Milkshakes."

The new site is nearly twice as big as the first, Houck reports, with 96 seats inside and 45 more on a patio.

Diners will order at a counter and have food delivered to picnic-size tables.

As for last September's announcement by Olympia, catch this typically breathless development hype from masters of the genre:

The award-winning Cuban inspired restaurant is joining Detroit’s incredible resurgence. . . . The European-style Columbia Street promenade where Frita Batidos will be located is slated to bring many new storefronts. . . .

“The District Detroit presents a unique opportunity for retailers to play a part in Detroit’s remarkable revitalization,” said Travis Arbogast, vice president of development at Olympia Development. "With multiple storefronts under development and a number of new announcements planned, Columbia Street and The District Detroit will offer a wide variety of shopping and dining choices." 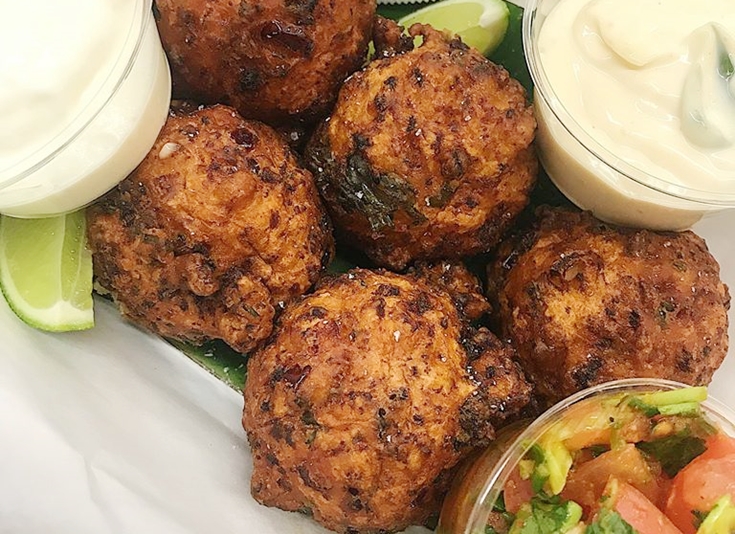 Conch fritters are a Caribbean-style dish at Frita Batidos. 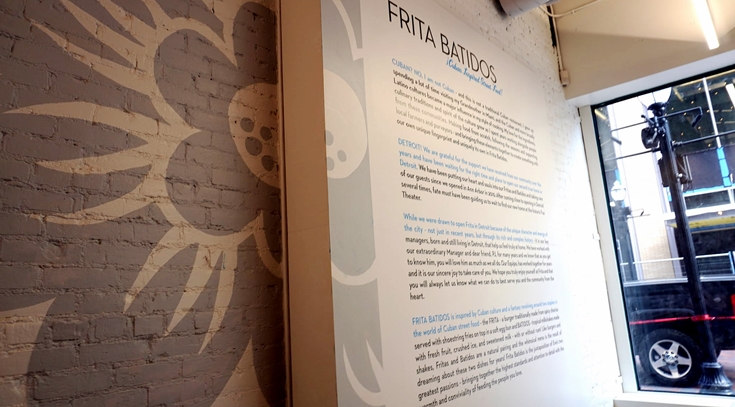 A view inside the space near Little Caesars Arena and the pizza company's new headquarters.