It's easy for admirers and critics of Rep. Rashida Tlaib to pick a Free Press column they like Friday.

Those who cheer can enjoy Nancy Kaffer's take on the Detroit congresswoman's new fund-raising T-shirts with the slogan above. And those who jeer the blunt-talking Democrat can read editorial page editor Brian Dickerson as he comments on the 2020 re-election campaign gimmick.

To her, the bold shirts reflect appropriate anger. He goes with "low politics . . . [that] does not serve her constituents well." More from each: 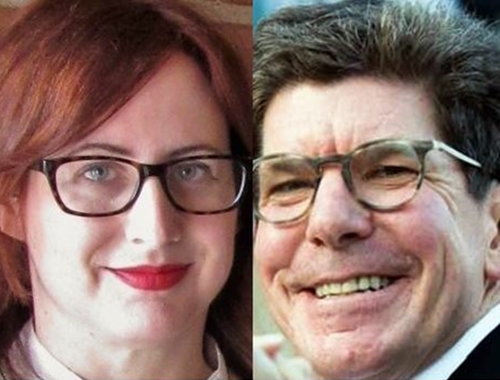 Kaffer: 'Anger that prompts us to do something'

These days, I have little patience for the incessant drumbeat of calls for civility. Too often, civility is used to shut down or sideline an argument that the listener does not wish to evaluate on its merits. . . .

It's true that Tlaib is a member of a legislative body that will ultimately vote on the serious charges levied against President Donald Trump. But Tlaib is far from the only member of Congress who has made her feelings publicly known, whether for or against Trump. . . .

Understanding — honoring and recognizing — the anger that many of Tlaib's constituents feel, the anger of Americans who have not historically been allowed to be angry, the anger that prompts us to do something, may be the best way to win.

Dickerson: 'No time for T-shirt slogans '

[This] is exactly the sort of thing Donald Trump might do, if he were in Tlaib's position — and it diminishes her, and the seriousness of the task that awaits her and her colleagues, every bit as much as Trump has diminished his own office. . . .

Tlaib is not a late-night comic. She's one of 435 people who may soon be asked to decide whether a president . . . should be expelled from office before his term expires. And now she's turned that weighty responsibility into a T-shirt line.

It's not funny, and it's another victory for a president who has won his own cheap applause by trivializing his office, mocking his political rivals and demolishing any pretense of civility. Try as she might, Tlaib will never beat Donald Trump at the art of being small. . . .

This is no time for T-shirt slogans.