"Napoleon, don’t be jealous ’cause I’ve been chatting online with babes all day. Besides, we both know that I’m training to become a cage fighter." -- Napoleon Dynamite's brother Kip 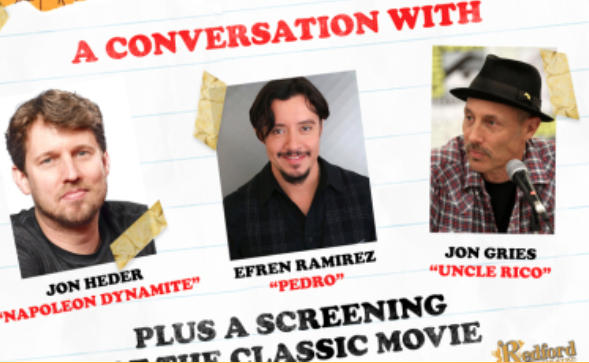 In case you forgot details of the 2004 cult classic. Napoleon Dynamite is a 16-year-old nerd from Preston, Idaho, who lives with his grandmother, Carlinda Dynamite, and his older brother, Kipling Ronald "Kip" Dynamite, who brags about spending time in chat rooms talking up women.

And then there's Uncle Rico and Napoleon's chill-friend Pedro, who runs for class president.

Three cast members will answer questions and host a showing of the film on Jan 10. at 6:30 p.m. at the Redford Theatre, 17360 Lahser Rd in Detroit. They include lead actor John Heder, Efren Ramirez (aka "Pedro") and John Gries (Uncle Rico).

Tickets range from $25 to $75 for VIP status, which includes a meet-and-greet and photo opportunities.

We first saw this in Metro Times.