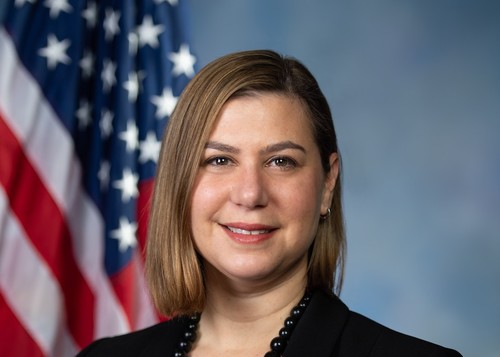 “I have not been supportive of an impeachment inquiry up until now,” she told the crowd packed into a public library meeting room. “The issue that got to me was this idea that the president — the most powerful man in the world — reached out to a foreigner, a foreign leader, and asked him to dig up dirt on an American.”

“Not true!” a woman shouted from the back. “Fake news!” said another. “He’s your president, Slotkin!”

But Slotkin kept speaking and kept explaining how she went from a prominent critic of her pro-impeachment colleagues to a reluctant supporter of an inquiry into potentially removing President Trump: “Sometimes there are some moments in life that are beyond politics, and I felt that this moment was that.”

Her remarks were met with applause, but the message was clear: Talk of impeachment is only deepening the political divide in this country. And it will likely get even deeper before it's resolved.

Slotkin, a Democrat, was elected in a red district by campaigning on a platform of health care and pocketbook issues. But the hulking figure of Trump has blotted out Washington's sun, forcing Congress to a virtual standstill and concentrating all talk on him.

Slotkin has had to move her town halls from coffee shops to larger venues, to deal with the crowds. The pro-Trump speakers at these events challenge her with language the president himself has used -- "coup," notably.

The freshman said that even with the static of impeachment, most of her constituents are still concerned with other issues, including prescription drug prices and water quality.