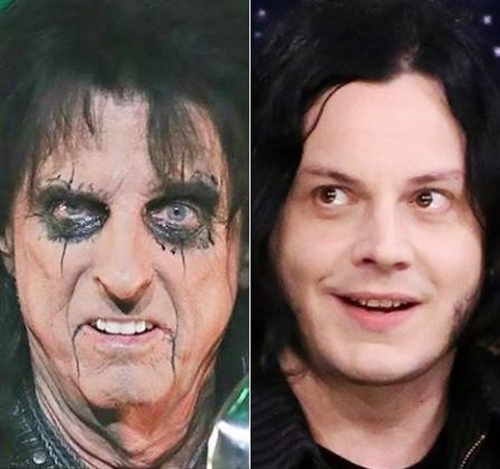 The beneficiary is Gibson's Foundation for Parkinson's, as Crain's previews:

The Devil's Night fundraiser, slated for Oct. 30, will feature a conversation with the Detroit legends moderated by WDET's Ann Delisi. It will cover a range of topics including music, baseball and Detroit. . . .

Established in 1996, the Kirk Gibson Foundation awards college scholarships to students at Waterford Kettering and Clarkston High Schools. In 2015 when Gibson was diagnosed with Parkinson's disease, the organization expanded its purpose to raise awareness and funding for Parkinson's research. . . .

The event, which will take place in the Birdy Room of the Shinola Hotel in downtown Detroit, will feature a short acoustic performance by White.

Gibson, who played for the Detroit Tigers from 1983-87, is a special assistant to the team and a Fox Sports analyst.

Tickets to the fundraiser are $350.