Michigan hemp harvest comes in, with farmers high on its potential

While the rest of you stoners have been drooling over the dawning era of legal weed, Michigan's hemp farmers just pulled their first legal crop of cannabis' sober first cousin. And they have big plans for the future. 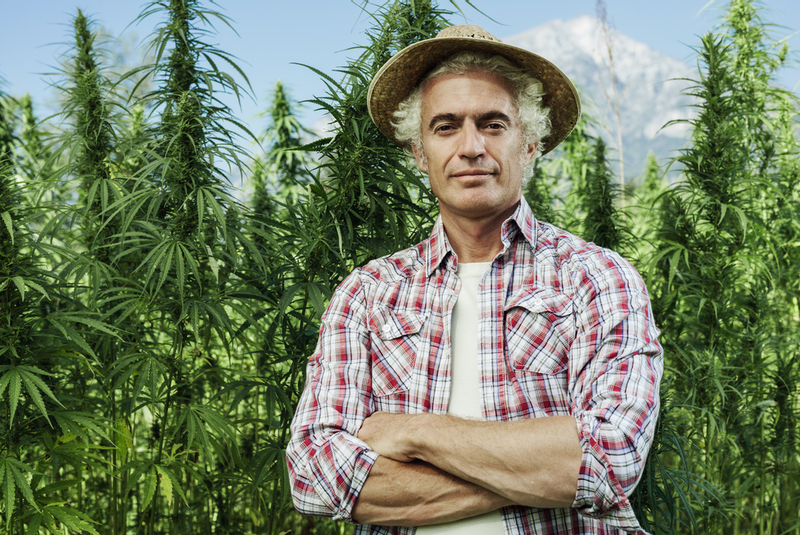 This is a stock photo, but we think ol' McDonald here is hilarious. (Photo: Deposit Photos)

"We see an opportunity to truly scale the plant to produce CBD and the fibers from the hemp plant," said Dave Crabill, vice president of IHemp Michigan, an association of farmers, processors and manufacturers across the state.

As the industry gets established here, more growers will jump into the new crop, its boosters hope. The future looks bright:

The return on investment is promising, (farmer David) Connor said. An acre of corn in Michigan during 2018, for example, yielded about 153 bushels at $3.55 a bushel, according to the U.S. Department of Agriculture, for a value of $543 per acre. Connor said the market value of the products from the CBD plant could be as high as $10,000 to $12,000 per acre.

And it's much more than CBD, too:

The fibers and stalks are used for a variety of purposes, including clothing, construction materials, paper, and plastic composites, while the seeds and flowers are used in health food and body care products containing cannabidiol, better known as CBD. The bill also allows for the transportation of hemp-based products across state lines as long as the THC level is below 0.3% level.

Here's to hemp, then.