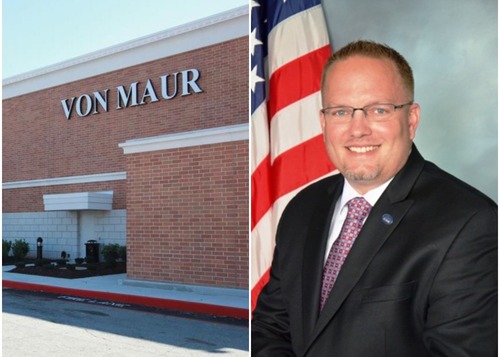 How many snazzy suits can campaign money buy? None, presumably, if you're most politicians in the state. At least several, if you're the mayor of Taylor, whose home and office were raided by the FBI in April.

According to a WXYZ review of campaign finance disclosures, Taylor Mayor Rick Sollars has been spending beaucoup donor bucks to spiff it up:

Records show Sollars also spent $410 at the men’s shoe store Johnston and Murphy. $1,406 at Macy’s, hundreds more at JC Penny’s and Target and another $3,009 at the dry cleaners.

But is it illegal? WXYZ reports Michigan law bars candidates from personally benefiting from their campaign funds. But Sollars' attorney says the law does allow candidates to pay for “incidental expenses” to holding office.

Former Michigan Elections Director Chris Thomas said he couldn't think of a justification for billing personal clothing to a campaign, even if a public official wears the clothing to work.

"There are several categories that are permissible," he said "and nowhere is personal clothing included."

Thomas tells WXYZ Sollars could run him into trouble with the Secretary of State.

As for his trouble with the FBI — $200,000 cash was seized during the April raids, but he's not been charged with any crimes.