By Amanda Alexander and Erin Keith 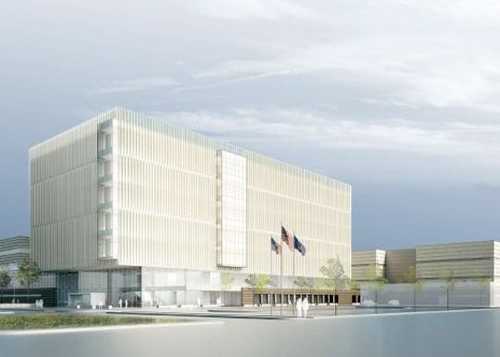 While local and national justice leaders are working to shrink jails and prisons and free up resources for communities in need, Wayne County and Rock Ventures are spending $533 million dollars on a new Criminal Justice Complex in Detroit. The complex is slated to include a 2,280-bed adult jail, along with a new courthouse to replace the existing one in Greektown. A less discussed fact is that the complex will also include a massive 160-bed jail on the same site for children — youth who, under Michigan law, can be held subject to cash bail that their parents must pay.

Yes, a youth jail, potentially housing children before they are found guilty of any crime, is being built right next door to a new adult facility—an apt demonstration of the school-to-prison pipeline. And yes, county officials and private developers are doubling down on mass incarceration in Wayne County — a county where 33.4 percent of youth under age 18 lived at or below the poverty line in 2017, that most recently ranked 67th out of 82 counties for overall child well-being.

While courts have ruled that our young people have no fundamental right to literacy and our schools are scraping by, we’ve found money to ensure children will have state-of-the-art cages.

Wayne County’s decision to build a new children’s jail runs contrary to overwhelming research on the harms of youth detention and rolls back years of progress. There are numerous ways we could better utilize such substantial funds to work towards supporting young people, preventing and addressing harm, and making our communities safer — strategies that don’t involve locking up kids.

Over the last two decades, Wayne County has been a leader in community-based treatment options for system-involved youth, helping to avoid incarceration. Specifically, a 2014 report from the National Association of Counties noted that, after revamping the juvenile system in 2000, Wayne County decreased the rate of recidivism of its adjudicated youth from an unbelievable 56 percent in 1998 to 16 percent in 2013, all while increasing diversion opportunities and reducing out-of-home placements for youth.

Wayne County’s achievement in decreasing the number of kids it sends away from home is proof of what countless studies have shown: Youth detention facilities are harmful and retraumatizing. Youth jails, with their restricted access to fresh air and daylight and other inhumane conditions, retraumatize children who are already vulnerable, increasing their recidivism and likelihood of ending up in adult prison. As noted in the same 2014 report, over 50 percent of children entering Wayne County’s youth court system have been found to suffer from emotional, behavioral, substance abuse, and/or mental health disorders.

Youth detention centers stigmatize kids whose “delinquency” in the form of acting out, drug use, truancy, and survival crimes are often cries for help — manifestations of their adverse childhood experiences, displays of their need for mental health or substance abuse treatment, and depictions of their desire for stability and belonging. 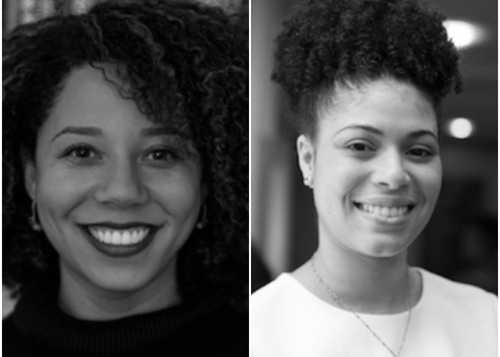 Additionally, our court system too often criminalizes kids for normal adolescent behavior.  Time in jail further interrupts their education — such facilities commonly fail to accommodate any learning disabilities and do not provide access to intensive therapy or other restorative services. And yet it’s become an acceptable option for dealing with poor black kids.

The black child whose impulsive decision to fistfight or joyride or shoplift often stems from age-appropriate impulsivity and peer pressure, a byproduct of their ever-developing adolescent brains. This is the same adolescent irresponsibility that is easily acknowledged when a white kid in the suburbs fights at school or takes something from the store, and his parents pick him up from the principal or security at the mall, in lieu of involving his county’s juvenile hall.

We're well aware that some young people commit violence—many times a product of the abuse and neglect they’ve experienced and violence they’ve witnessed in their own lives. But, the response to those acts should be concern followed by services and support, not further traumatization, sensory deprivation, and isolation. Youth jails have no role to play in addressing harm to our communities, as they're often perfect breeding grounds for more violence.

Wayne County has been on the right track before in building up community-based supportive services for young people. And studies such as the national Safely Home report have found that, given the proper resources, anything that can be done in an institution can be done better in the community—whether that’s 24/7 supervision (in cases where youth have committed violent acts, for example), access to treatment, or a way to appreciate the consequences of their behavior.

Other cities are moving to close their youth jails entirely. This summer youth organizers in San Francisco helped to pass legislation that will close the city’s youth jail by 2021. King County in Washington has committed to reaching Zero Youth Detention. From 2001-2013, there was a 53 percent decline in youth incarceration in the U.S. It can be done and it is being done.

Last year, at the Detroit Justice Center’s Youth Design Summit, we asked Detroit teens what would make them feel safer, and not one of them said more jails. Rather, when asked what we could build instead of a jail, they suggested building mental health spas, rec and anti-violence centers, restorative justice centers, grocery stores, safe public transportation hubs with streetlights, and creating jobs for teens.

It’s time to listen to young people and keep investing in proven solutions, rather than communicating to them that they’re only worthy of cages. If we have the resources to build a new detention center, we have the money to invest in every kid in the county without jailing a single one.