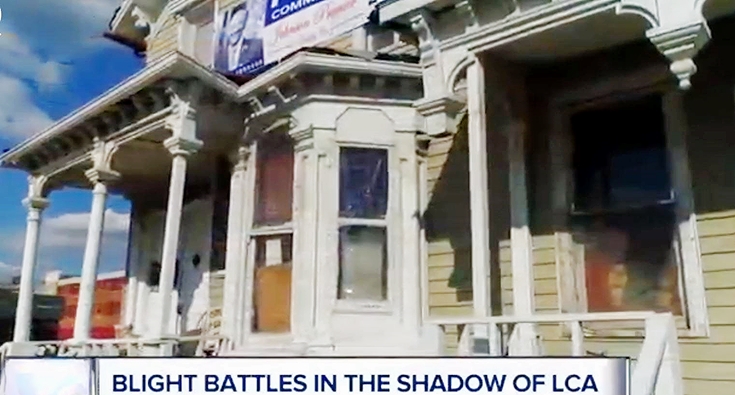 A dilapidated home next to Little Caesars Arena, one of the last standing in that part of Cass Avenue, remains snarled in a court fight over improvements demanded by the city.

Heather Catallo of WXYZ looks at the situation:

The future of 2712 Cass Ave. . . . will remain in limbo until February 2020 after a Wayne County judge pushed back, for a second time, a review of mandated rehab work.

“There’s been a little progress made,” said Lawrence Garcia an attorney for the city of Detroit. “Enough that the city and the judge would like to give the homeowner more time. . . . We don’t want to rush to condemnation. It's a pretty harsh remedy." 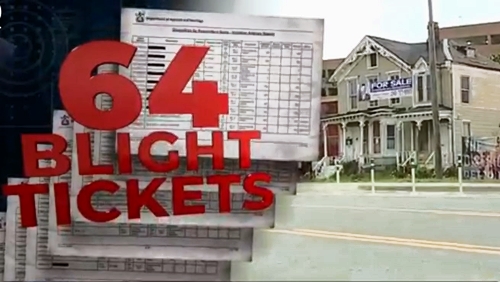 Since 2009, Detroit inspectors have issued 64 blight tickets for the wood-frame home. The court back-and-forth over the property, listed for sale at $4.8 million because of its high-visibility location, began almost a year and a half ago.

Following a May [2018] complaint by the City of Detroit, Wayne County Circuit Chief Judge Robert Colombo ordered that the owners either bring it up to code or demolish it by Aug. 31, 2018. . . .

The owners decided to go the repair route, pulling a $230 rehab permit that would give them until February 2019 to make the fixes. In January, however, following an early inspection by the Buildings, Safety Engineering and Environmental Department, an extension was given by Judge Timothy Kenny, who took on the case after Colombo’s retirement.

The work was then set to be finished by August 2019, but Kenny gave another extension in July. The permit will now expire in January and Kenny will review the case in February.