Vice: Why a Fouts win in Warren could be good news for Trump 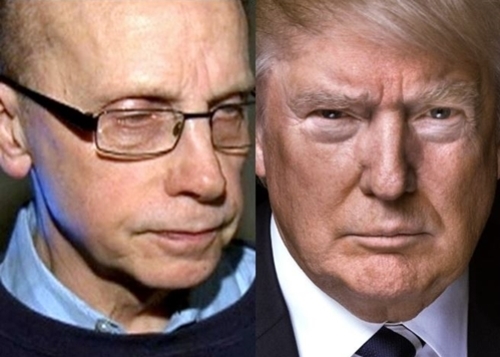 Vice this week takes a deep dive into why Warren Mayor Jim Fouts appears poised to continue to hold onto power despite myriad scandals, and what his re-election could mean about President Donald Trump's chances.

In the piece, Detroit-based freelance writer Trevor Bach argues that if Warren voters — who tend to swing in federal elections — re-elect Fouts, they'll likely be willing to help re-elect Trump. Though Fouts is an independent who endorsed President Barack Obama and Vermont Sen. Bernie Sanders, his brash behavior — think racist, ableist, and sexist recordings and conspiratorial defenses — more or less mirrors that of the man in the White House, and has made him a similarly polarizing figure.

Macomb County has been a national bellwether in the last three presidential contests, voting for Barack Obama twice before defecting to Donald Trump. The suburbs of Michigan and other Midwestern swing states may be the most hotly contested ground in all of 2020. As Democrats attempt to persuade voters to abandon a scandal-plagued leader who responds to crises by lashing out at his perceived enemies, they might consider that many voters in Macomb are seemingly willing to stand behind such a leader in Fouts. And if they back him, why would they ever abandon Trump?

Fouts was the winner of a 10-way non-partisan primary this summer, receiving 58 percent of the vote. City Council member Kelly Colegio came in second with 24 percent. The two will face off in November.

The 77-year-old Fouts has served as mayor since 2007, winning re-election twice by wide margins. Scandals have dogged him since 2011, but his image is perhaps most blemished by a more recent string of audio recordings in which he — or someone who sounds just like him — is heard calling special olympics participants "retards," comparing black people to chimps, and fantasizing about brutalizing his own staff.

Fouts has denied its his voice on the recordings, claiming they're doctored political hits. An independent voice analyst said last year that he was almost certain it was Fouts on the tapes. Fouts has never sought a criminal investigation to find whoever may be behind them.

Vice comes up with three possible reasons for why Warren residents keep coming back for more. 1) They could be racist themselves, 2) in the context of 2019 America, they're more likely to believe the recordings are indeed fakes, and 3) in spite of the divisive rhetoric, Fouts is actually pretty attentive to their needs.

Here's what residents told the outlet:

"Well, you have to look at who's living in Warren," Kenya T. Coviak, a Black woman who moved to Warren from Detroit nearly a decade ago ... "He speaks their language." Coviak's white friends, she added, warn her about area businesses that charge Black customers more. "You have places you can't go."

... at one point the City Council president blamed the divisive scandal on "rigged" media. "Now everyone understands what our President Elect has been going through," one Warren resident wrote on Fouts' busy Facebook page. "Let us all judge the man by what is true and not media propaganda."

"Listen, there's a difference between it being his voice and him saying those things, and right now I'm confused just like everyone else," Jerry Bell, a [black Warren City Council candidate and friend of Fouts'.] As the scandal was erupting he met with the mayor to discuss the tapes, and soon concluded they had possibly been manipulated by Adobe software ... Now Bell says he leans toward believing the tapes are authentic, but remains skeptical in part because no original source ever materialized. "I need something concrete, which I don't think is out there," he said. "I'm really willing to believe that this is a part of that Adobe [software]."

Several Warren residents I spoke to reiterated Bell's skepticism: If the tapes were somehow "proven" to be authentic, they told me, it would change their mind about Fouts. But, as far as they were concerned, they hadn't been.