Gallery: Moroccan Bistro on Detroit's East Side Has Dinner Preview 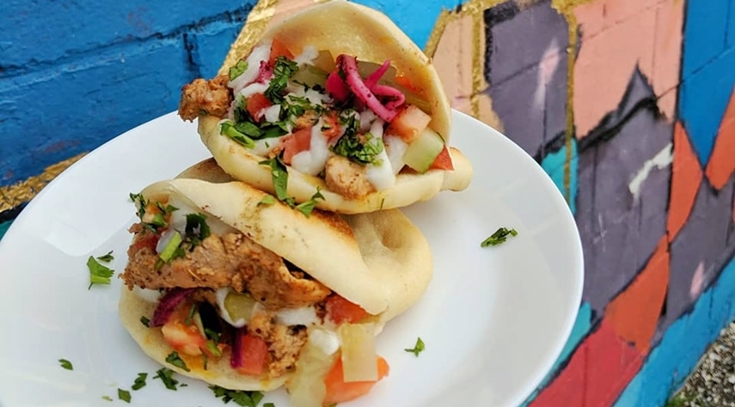 Chicken shwarma on batbout are $7 each.

Omar Qais Anani, the chef-owner of Saffron De Twah, takes his next step Thursday on a gradual path from a food truck to a small Gratiot Avenue restaurant that opened in April with carryouts and deliveries before the dining room was done.

Sit-down lunches began later in the spring and now the entrepreneur tiptoes into dinnertime.

"Enjoy an amazing culinary experience at Saffron De Twah for dinner on Thursday," he posts in a Facebook soft open listing. "This will be a trial run to see if the kitchen can expand to more regular dinner hours." 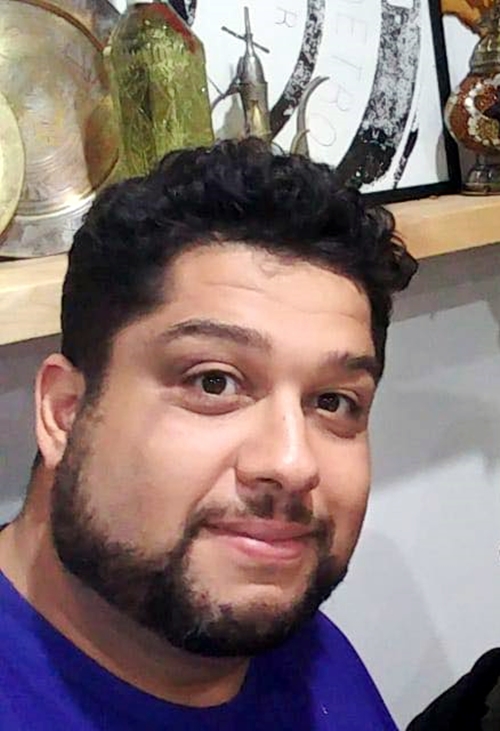 "Detroit's only Moroccan bistro," as Anani bills it, is at 7636 Gratiot near East Warren Avenue. The owner's heritage is Palestinian and Egyptian.

The menu features spicy sandwiches and flavorful dishes with lamb, catfish, chicken, shrimp, goat cheese, eggplant, other vegetables, couscous and Jack-fruit. Grilled potatoes, a $4 side dish, are seasoned with harissa, a spicy and smoky condiment common in North African cuisine. (Six photos are below.)

"Anani wants to expand our palates," Mark Kurlyandchik of the Free Press wrote in June, praising the lamb tagine.

Another specialty is house-made batbout pocket bread that resembles a soft, chewy pita (cooked stovetop in a skillet or on a griddle, not baked in an oven).

The east-side newcomer in the McDougall-Hunt neighborhood has earned coverage at both daily papers, Eater Detroit and Metro Times.

He teases appetites with these photos and others on the restaurant's Facebook page: 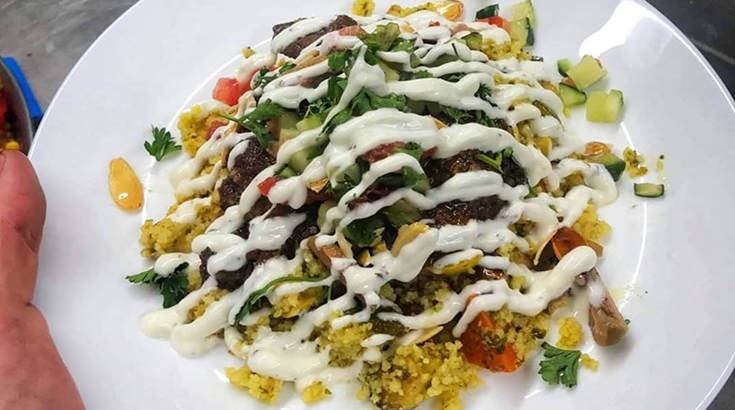 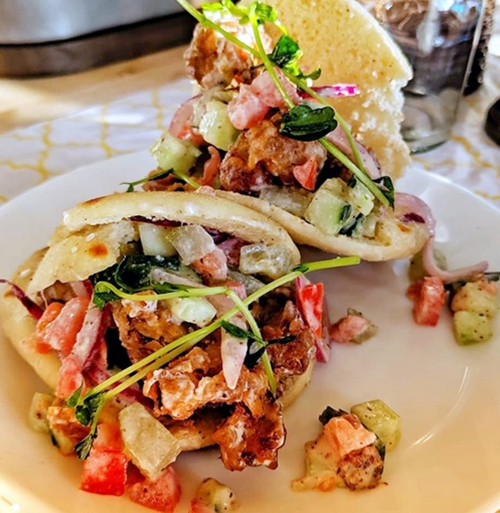 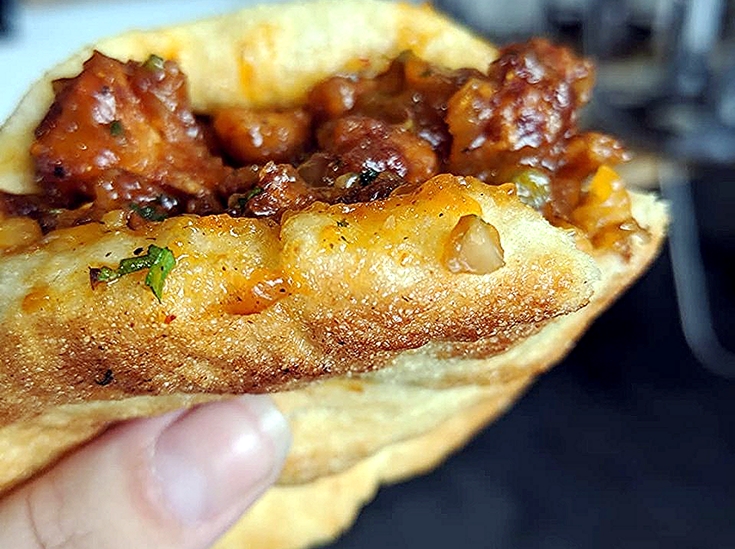 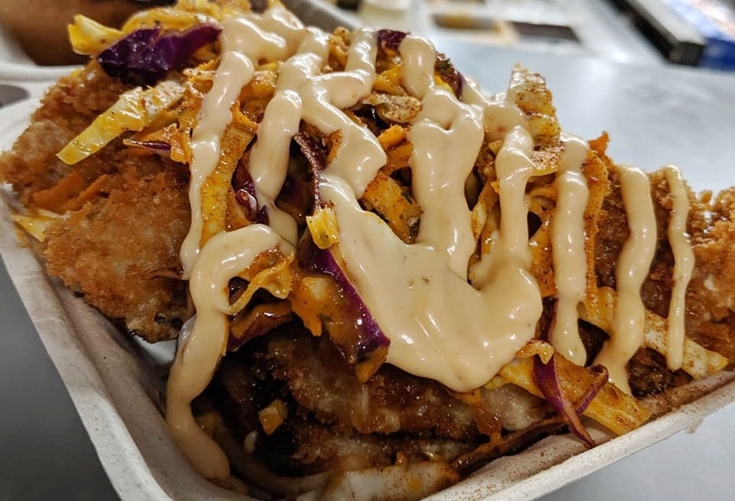 Moroccan fried chicken sandwich ($8) on a challah bun is far from what most Detroiters are used to. It has berbere spice, caramelized honey butter, harissa slaw, harissa aioli and lemon. 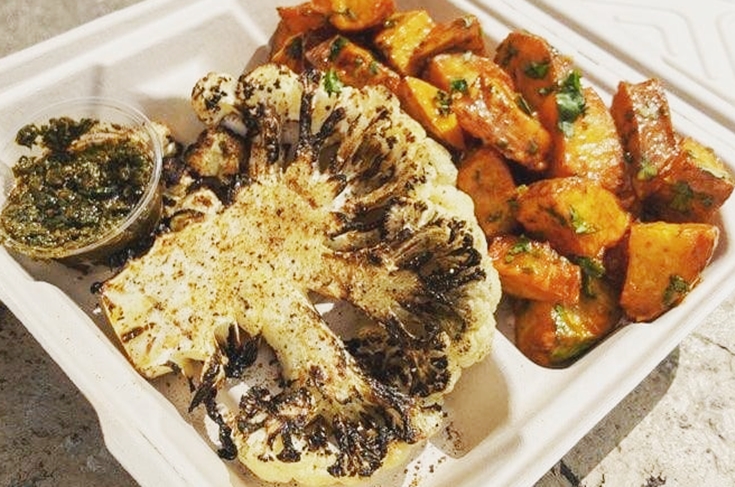 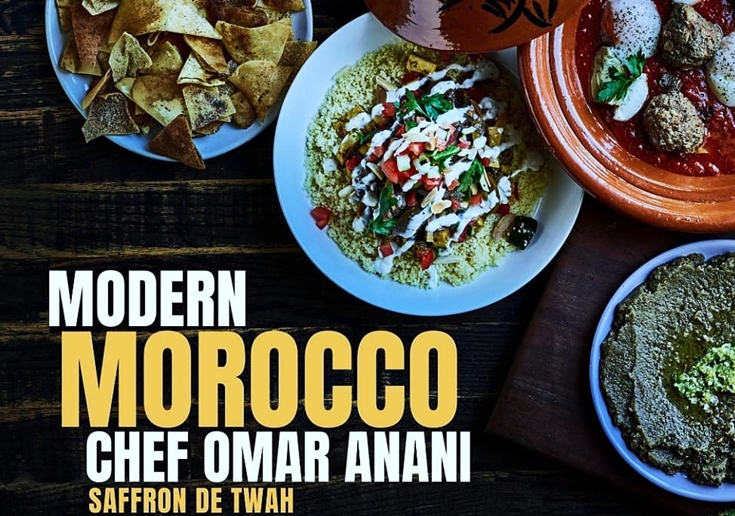