It's not often that federal law enforcers drop a promotional gift for Eminem, but that's how we see Secret Service confirmation that agents quizzed him last year about lyrics deemed potentially threatening to the president and his daughter Ivanka. 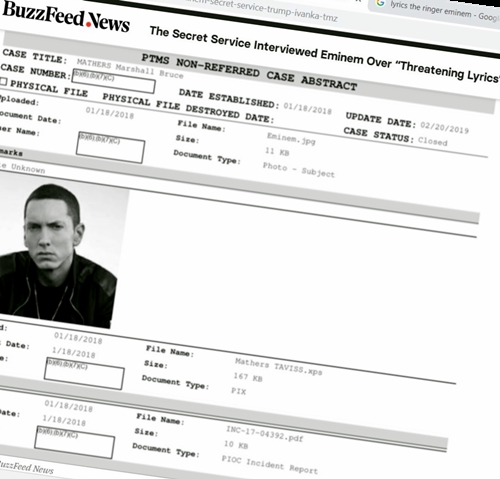 The acknowledgement of a visit that Em raps about is in documents obtained by BuzzFeed News via a Freedom of Information Act request:

This week, the agency turned over 40 pages of documents that proves they did in fact interview the rapper. It turns out their interest in speaking with him was based on "threatening lyrics" from his rap "Framed," that appeared on "Revival."

The Secret Service characterized Eminem "exhibiting inappropriate behavior" and noted that he, via the rap, "threatens protectee."

The agency’s Protective Intelligence and Assessment Division conducted a background check on Eminem and started to arrange an interview with the rapper through his attorneys on Dec. 20, 2017.

The interview took place a month later, on the afternoon of Jan. 16, 2018, with Eminem and his legal team. Two pages of documents summarizing the discussion were entirely redacted but shows that it centered around Eminem’s BET freestyle rap and the lyrics in "Framed." 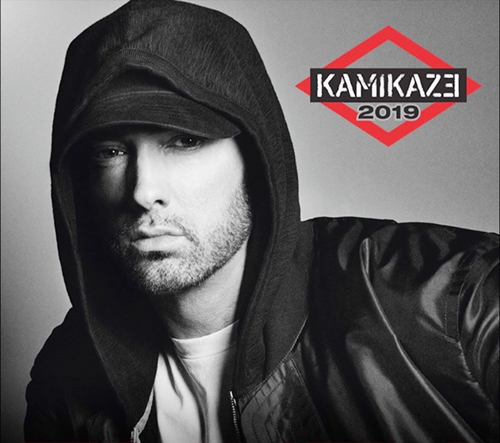 Two days after the face-to-face interview, the Secret Service dropped the case, a file entry shows.

The news shows that the Metro Detroit rapper wasn't making up something he alludes to in "The Ringer" on his August 2018 album "Kamikaze:"