Stamm: Founders Shows What Spills When Lawyers Call the Shots

Five days of fallout include a widely mocked deposition transcript, shunning by bars in Detroit and as far as Wisconsin, the open-ended closure of its Detroit taproom, withdrawal from an Eastern Market beer festival and a department head's public resignation. 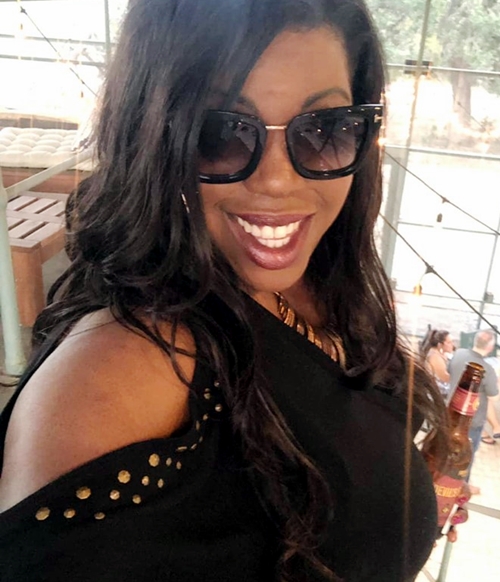 Graci Harkema: "We are experiencing a leadership issue." (Photo: Facebook)

Any company risks strategic setbacks when it lets lawyers serve as field generals in a public relations and employee relations battle. Inside Founders' headquarters on Grandville Avenue SW in Grand Rapids, Graci Harkema saw the danger early on. As the diversity director says bluntly Friday in a two-weeks-notice letter to top executives:

"I have repeatedly given suggestions on how to build our reputation and listen to our employees. . . . This feedback I have given is also the exact same feedback that credible public relations firms have given, which you blantly disagreed with.

"In every conversation and with every action, you've been most concerned with winning the lawsuit [by Tracy Evans of Detroit]. You are [more] concerned with the ego of 'winning' than you are about the loss of customers, loss of reputation and employees' loss of well-being. That does not exemplify the Founders principles."

Evans filed a wrongful dismissal suit in October 2018, claiming racial unease at the company's Detroit taproom and that discrimination led to his firing as events and promotion manager. The company says he was let go for performance reasons, including repeatedly late arrivals.

My perspective is informed by experience as a consultant (fancy label for freelancer) on a marketing communications team for five years and on a longer government affairs project at another Metro Detroit agency. In addition to learning about unique value propositions and key performance indicators, I saw the push and pull between legal and communications executives. 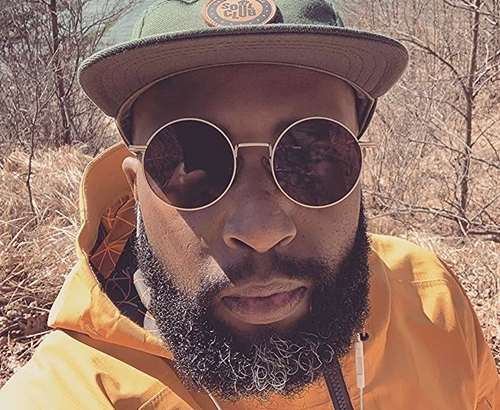 Harkema, 34, witnessed a version of that after joining Founders last January in a position created after Evans' lawsuit. "Our staff is currently involved in sensitivity training," it tweeted in February, "and we are committed to continuing to promote inclusive environment. We hired a Director of Diversity & Inclusion to help ensure our employees feel supported."

"I knew what I signed up for regarding the lawsuit when I joined Founders Brewing Co.," Harkema writes in the smashmouth exit letter shown at the end of this Deadline Detroit post.

"We as a company didn't have to be at the place we are at now. If the voice of a Diversity & Inclusion Director was heard, headlines would read much differently. We had the opportunity to be the hero in how we could have addressed this situation.

"Instead, we have lost the trust of the community, many of our accounts and many of our own employees. The prioritization of diversity and inclusion begins at the top. We are not experiencing a staff issue, we are experiencing a leadership issue." 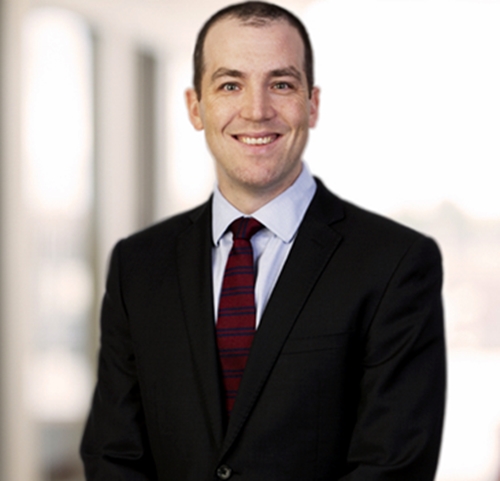 Patrick Edsenga asked a Metro Times reporter to "reserve judgment or comment on this case."

We needn't just take her word. In its first public statement this week, Founders reacts to publication of ridicule-inviting deposition statements by Detroit taproom manager manager Dominic Ryan (who said he didn't know if plaintiff Tracy Evans is black). The company posts a three-paragraph website statement "provided by our legal counsel."

Addressing reporter Tom Perkins of Metro Times, attorney Patrick Edsenga writes: "I would ask that you reserve judgment or comment on this case until you actually see the evidence presented by the parties."

That's right -- the corporate response to an inquiring journalist essentially begins: Nothing to report yet, so hold off.

The go-away strategy was as effective as Founders' communications team may have predicted, if asked.

Mr. Ryan was simply saying that he does not assume anything about individuals’ race or ethnicity unless they tell him that information. While it might be acceptable to speculate about this type of thing in casual conversation, Mr. Ryan was not having a casual conversation. He was under oath when he made these statements. As all deponents are instructed, Mr. Ryan was directed not to guess, assume or speculate in his deposition. This is the reason for his answer.

Got that now? Founders' position is that calling Evans black -- even "in casual conversation" -- amounts to speculation. 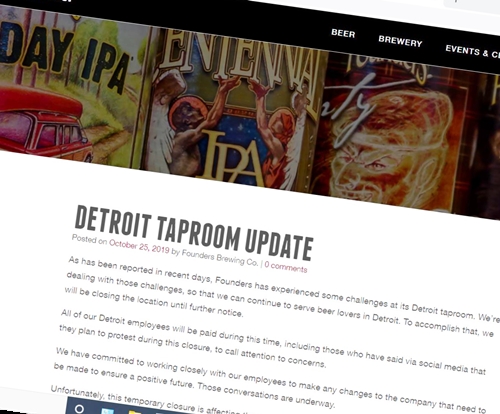 Damage control got more personal and realistic Friday, when company president Dave Engbers, a co-founder, spoke with Brian Manzullo of the Detroit Free Press -- "repeating multiple times that Evans' allegations are unfounded, that Founders is confident it will prevail in the case."

Founders spent this week "regrouping," Engbers said. He admitted Founders should've handled its communication in a timelier manner this week — "we had PR firms tell us not to say anything and it doesn’t work, not with social media"

If the brewery really got stay-mum guidance, it's public relations malpractice. No savvy agency would advise leaving critics and news coverage to stand unchallenged, letting others define an unfolding business crisis.

Good lawyers get it

In fairness, not all C-suite executives wear image-repair blinders, veteran attorney Martin Reisig reminds me in a Facebook discussion about Founders' missteps:

"Good lawyers do apologize and do advise apology -- the importance of legitimate and sincere apologies is now an open topic in law schools. Many successful companies try to get to the heart of a problem and when wrong absolutely apologize.

"This week I mediated four disputes which all included a need for real apologies, real changes and justified compensation. Successful lawyers who want to keep clients have a much better understanding of client needs, including PR and including doing what's right."