Fresh from a public call-out by Crain's Detroit Business publisher Mary Kramer, the Wayne State University Board of Governors demonstrated its deep split again this week. 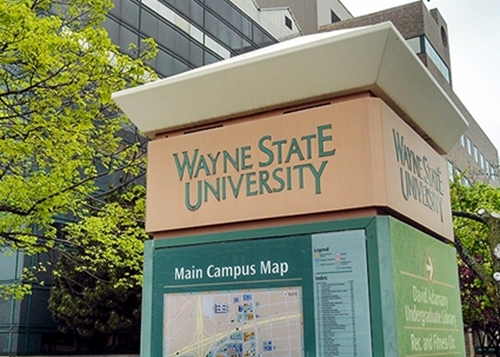 Three board members -- Michael Busuito, Sandra Hughes O’Brien and Dana Thompson -- issued a statement Monday night claiming they were not informed of the Heart of Detroit Tuition Pledge, a free-tuition program for Detroit high-school graduates, before it was announced last week. They blamed WSU President M. Roy Wilson, and called, again, for him to be removed.

Dissenting board members said the snub demonstrated Wilson's "lack of transparency and accountability to his employer," Kim Kozlowski at The Detroit News reports. In their statement, Busuito, O'Brien and Thompson claimed:

"The announcement of the Tuition Pledge was a desperate move by a President on the ropes who has exhausted all options and is digging in but as Board members, we will continue to hold him accountable," said the statement.

"This Tuition Pledge has major financial, political and reputational implications, yet the President did not inform nor discuss with all members of the Board the details of the Pledge prior to the morning the Tuition Pledge was announced."

Board chairwoman Kim Trent, who was informed of the Tuition Pledge announcement, is on the other side of the board split and expressed confidence in Wilson's leadership:

"It is sad, indeed, that they would use the occasion of the announcement of the Heart of Detroit Tuition Pledge to once again show how desperate they are to cast not only President Wilson, but even his team's best ideas, in a negative light," Trent continued.

The board has been divided evenly in the past, and a 4-4 deadlock vote killed a deal for the WSU medical school to partner with Henry Ford Health System. One faction sued the other over a procedural vote in June.