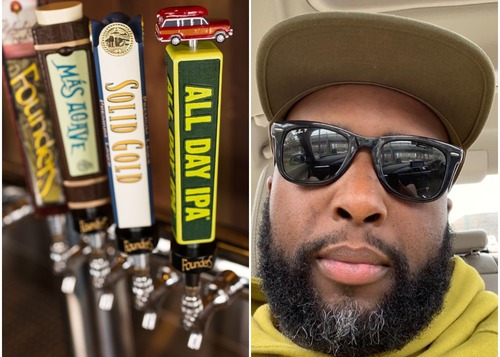 Founders Brewing has settled a racial discrimination suit that made national headlines and prompted a boycott of its brand.

The settlement deal was announced by the Grand Rapids-based brewery Thursday afternoon. It did not disclose the terms of the agreement.

The suit filed last year by Tracy Evans, a former Founders manager who was terminated, alleged the company fostered a racist work environment in which white employees used the N-word and office equipment appeared labeled for use by whites or blacks. Evans was previously co-host of a Deadline Detroit show.

Here's the full statement from Founders:

We are pleased to settle this case and focus on the future. Through recent discussions with Tracy, we listened, engaged in self-discovery, and reach common ground to make amends.

We agreed that nobody be viewed at fault here. Most importantly, this serves as an opportunity to place our full attention on the work we now have to do, as a company of more than 600 dedicated team members, to rebuild our relationships.

Significantly, we are committed to moving the cause of diversity and inclusion forward for Founders. We want every employee to feel valued, respected and safe. We abhor discriminatory action of any type and believe that beer should bring people together and not divide.

Until now, the company appeared poised to dig in its heels, and the case was expected to go trial next year. Founders has maintained Evans was fired for cause. But last week, a leaked deposition revealed a manager with the company, Dominic Ryan, claimed he did not know whether Evans, pictured above, was black. He claimed similar ignorance of the race of former President Barack Obama and former Detroit Mayor Kwame Kilpatrick.

Fallout from the deposition prompted bars across the country to stop selling Founders beer. And the company's Detroit taproom closed indefinitely for "safety" reasons.

Here's an excerpt of Evans' statement on the settlement:

I want the world to know the power we have when we step forward and make ourselves heard. Upon hearing us, businesses also have the power to make changes or not.

I don't know what happens from here within the doors of Founders Brewing Co. I do know this; we have a legal resolution and we have started looking at how ALL of this is affecting human lives. I don't know what [Founders owners Dave Engbers and Mike Stevens] have planned for the future, but I know that "seeing color" and valuing people for who they are, and their collection of experiences is the mission.

Founders as a whole made some bad choices. I, as an individual made some mistakes but on this day we look to move forward. When someone offers to change, as humans we have a few choices and I have made the choice to see what Founders does with the path that they are about to take.

As of late last week, Ryan and an employee who used the N-word were both still employed with the company.