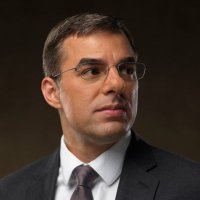 Michigan Congressman Justin Amash, who left the Republican and became an Independent in July, chastised the Republicans in a tweet on the day the U.S. House voted for an impeachment probe.

This president will be in power for only a short time, but excusing his misbehavior will forever tarnish your name. To my Republican colleagues: Step outside your media and social bubble. History will not look kindly on disingenuous, frivolous, and false defenses of this man.

The 232-196 vote Thursday went along party lines, with no Republicans voting in favor of it. Amash voted with Democrats to move forward.

Republicans attacked the motives for the probe, saying Democrats are conducting it because they can't defeat Trump at the polls.