The Warren prep school's motto -- "Builders of boys, makers of men" -- is undercut by events thrusting De La Salle Collegiate into the news.

Classes are cancelled on short notice because of "a serious threat against the school alleged to occur Friday, Nov 1," the Catholic high school posts late Thursday on social media. 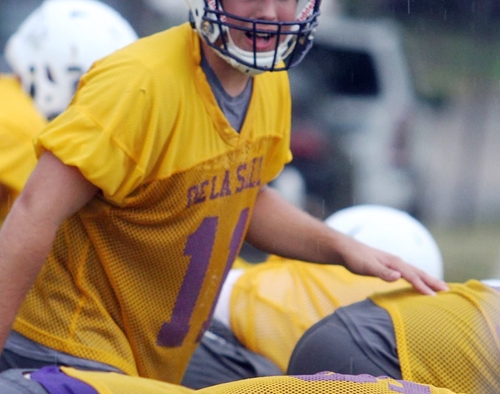 The parochial school had been scheduled to play Birmingham Groves High on Friday to end the regular season. (Photos: Facebook)

Administrators are "collaborating with [police] to investigate this threat," adds the advisory to students and parents. "We will update you with information regarding this threat and next steps as soon as we are able."

A knife reportedly was brought to the school Thursday, WDIV says.

Earlier in the day, the 93-year-old suburban school "abruptly ended its [football] season because of hazing allegations against varsity players," the Detroit Free Press discloses.

"We have recently discovered a series of hazing incidents conducted by several players on our varsity football team, and many players on the team appear to have been aware of such hazing but failed to report it," the DLS administration wrote in an email to parents Thursday afternoon.

"As a result we have made the difficult but appropriate decision to forfeit Friday's football game, which will end the season." . . .

According to the email regarding the hazing, the incidents involving the Catholic school football players have been reported to the police to investigate whether the acts involved criminal conduct. 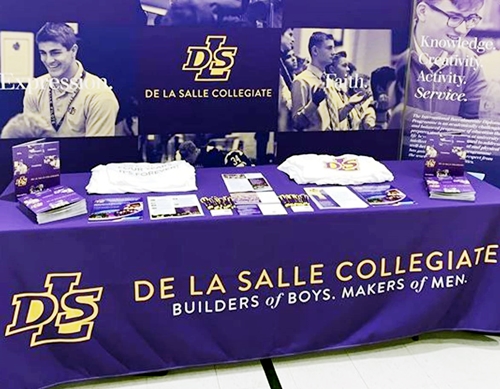 No details are given.

De La Salle, an all-male institution run by Brothers of the Christian Schools since 1926, had been scheduled to play Birmingham Groves High School in the regular season finale.