It's logical that prime Detroit land owned by Ilitch Holdings remains vacant, if we see it as the company does. 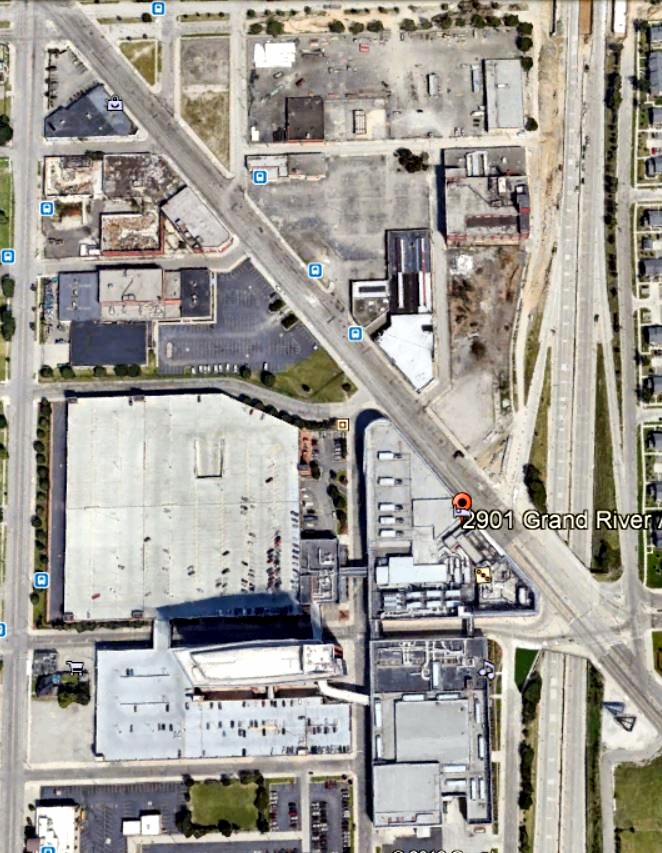 MotorCity Casino at center-left is a drive-in/drive-out fortress, not a neighborhood development catalyst. (Photos: GoogleEarth)

Nolan Finey takes that approach in his latest Detroit News column as he considers -- and condemns -- how a selfish business perspective undercuts civic benefits.

While attending an event at Amnesia restaurant atop MotorCity Casino last week, the editorial page director had a wide-angle view of how it's "surrounded by a dead zone of vacant lots, empty businesses and homes in need of rehab or demolition."

It's a typical Ilitch landscape. . . . It explains why the casino has never been the economic engine for the neighborhood northwest of downtown that Detroiters were promised when they approved legalized gaming in 1996.

The [52 unused] properties adjacent to MotorCity are among 147 idle sites in the Ilitch portfolio in and around downtown. 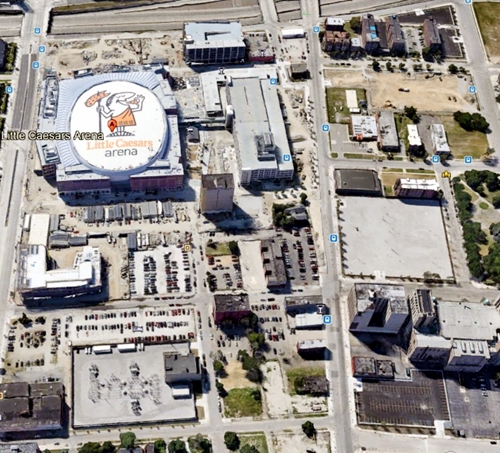 The District Detroit has 26 parking lots and other potential development sites.

Among those potential development properties, Finley says under the headline "Land hoarding keeps bucks in Ilitch pockets," are 26 parking lots in The District Detroit around Little Caesars Arena.

Despite months of criticism for not living up to their commitment, the Ilitches have still not produced a viable explanation for why such a desirable area of downtown got parking lots instead of homes and commerce. . . .

It's easy to conclude the Ilitches don't want to develop that land themselves, or allow others to, because rising new neighborhoods with bars, restaurants and commercial space not owned and operated by them would compete with their casino and arena.

The last thing they want is for a potential customer for their bars and restaurants to stop in for a drink or dinner at an establishment they don't own.

The columnist sees the denied opportunities as "a lesson for dealing with future grand projects that promise an economic multiplier in exchange for taxpayer subsidies." That costly takeaway: Don't let an owner control land around a publicly supported development.