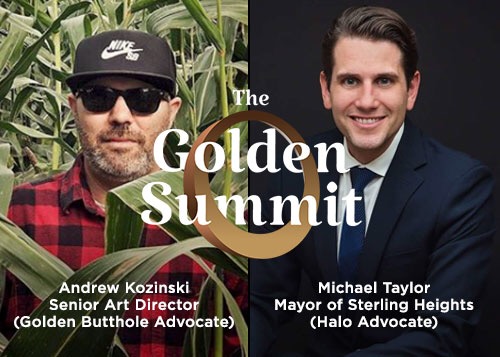 No ifs, ands or buts ... This is no ordinary Golden Butthole story.

Andrew Kozinski, a senior art director at a local ad agency, was one of the wiseguys who began promoting the sculpture on Hall Road in Sterling Heights as the "Golden Butthole." The city named it the Golden Halo, but Kozinski wasn't buying that, and poked fun through creative videos and comments.

For Halloween, he created a "Golden Butthole" costume. On Saturday, he posted on Facebook:

Selling my homemade Sterling Heights Golden Butthole 2019 Halloween costume. Be the envy of all your friends with this hand-crafted cardboard design honoring the biggest eyesore in all of Sterling Heights. Worn only 3 times. ... I don’t want any money for this thing. I just want you to make a donation to the coloncancercoalition.org in the name of the Golden Butthole."

I will buy it for $250 on one condition. You see, contrary to what some may believe, the beautiful and iconic sign on Hall Road is a Halo, not that other silly thing some people refer to it as. The halo surrounds the head, so the charity receiving the benefit of this purchase should be one that deals in diseases of the mind (which I think people who call it that other name must be suffering from!)

I can think of no more appropriate cause than the Alzheimer's Association. So the contribution will be made in the name of the HALO and the great and powerful Golden Corridor of Macomb County! These are my terms. When do I find out if I am the "winner"??? 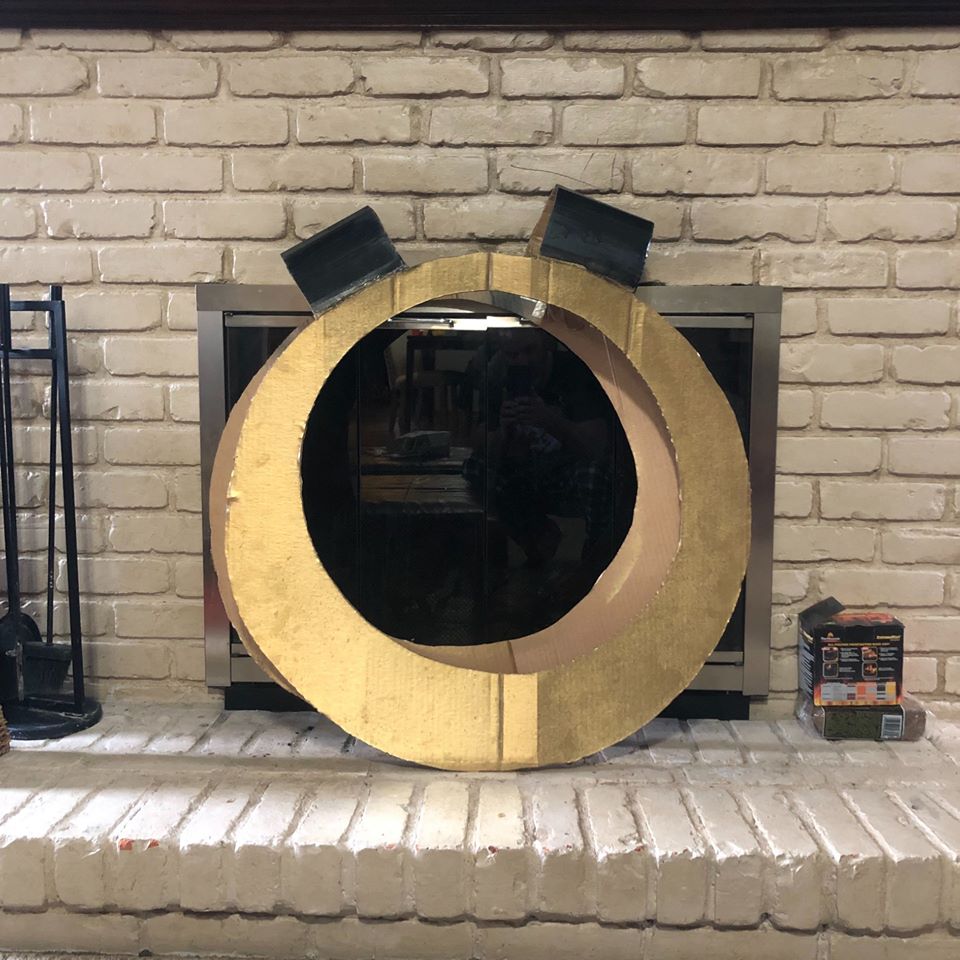 I am not a monster and I would never deprive a charity from receiving such a magnanimous gift for something so absurd. Bravo, sir. Your $250 bid makes you the official winner of the Golden "Halo" costume bidding.

I thought you may pull something like this, and I am genuinely pleased I wasn’t wrong. Anytime you can raise money for a charity – whether it's for colorectal cancer research (the charity I chose because my father passed from the disease) or Alzheimer's – you have to jump at the opportunity to help others. So for that, I thank you.

But I too have a condition (and no, it's not a brain affliction as you hinted to in your post). In order to receive the costume, you must meet me in person (when time permits, I know you’re busy running a municipality) at the Krispy Kreme at Schoenherr and Hall Road for a meeting that will be known years later across all of Macomb County as The Halo-Butthole Summit.

What is the The Halo-Butthole Summit? A chance for two super-smart and vastly different opponents to come together over coffee and delicious glazed doughnuts (golden or not) to discuss ways of combining forces to raise more money for charities.

While I applaud that you want to use the Halo to bring about civic pride – it’s just not going to happen. People are always going to make fun of it. But we can use this polarizing symbol to usher in golden change for others now and well into the future.

Please consider this offer – at the very least, I am an excellent conversationalist. Once again, thank you for your kind donation. I look forward to combining forces to create a positive change.

Sincerely, Andrew Kozinski | AKA Some Guy Who Loves Making Videos

The mayor did not immediately return a call seeking comment.

Kozinski tells Deadline Detroit he looks forward to a sitdown with the mayor at his city's Krispy Kreme Donuts -- which actually in Utica.

"Now we're just waiting for Mayor Michael Taylor to see when he wants to have the discussion and transfer the costume."