Fittingly, a fierce commitment to not being "erased" is pressed by a key local source for the article, independent curator Taylor Renee Aldridge. She suggested contacts to freelancer Siddhartha Mitter, arranged interviews, took him around the area and provided other guidance for his 2,000-word feature in the magazine's annual art issue.

Yet, as she posts shortly after it went online:

"The writer mentions two of my projects, one that I co-curated and another that I curated, and does not make mention of my name throughout the entire piece. . . . 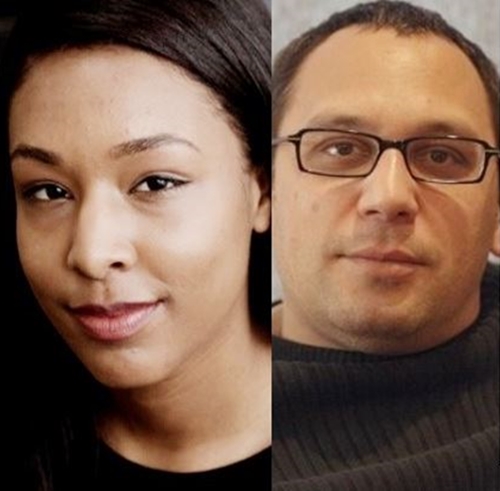 Aldridge, an assistant curator of contemprary art at the DIA from 2016-18, drops lots of details about why she goes public in a 380-word Instagram post. She mentions contacting the writer Tuesday:

"He just told me that not mentioning my name was an 'oversight.' To not acknowledge someone's authorship is not an oversight. I refuse to accept this. Siddhartha is someone who I have respected for some time. But I cannot let this go unchecked.

"Omitting me from this piece (which will be in print) disregards my authorship and all the work that I have done in recent years on these projects, and runs the risk of erasing me from this moment in the Detroit contemporary art canon entirely."

Aldridge now is mentioned in paragraph 15 of the 19-paragraph article, revised to say she "organized performances and installations in the city" for a 14-week Cranbrook Art Museum program this year called Material Detroit. An italic endnote says:

The original article did not credit Taylor Renee Aldridge. Her name has now been added.

At his Instagram page, the writer acknowledges a "careless, inexcusable" lack of credit for someone he says "was instrumental to the whole feature taking place."

I only pitched the story after learning from her of the work she and Laura Mott had done on the exhibition "Landlord Colors" and the program "Material Detroit." . . .

I was no better than any other colonial-gaze visitor who shows up and leaves with a story. It is not lost on me that I erased the work of a Black woman Detroiter—even in a story where I sought to raise precisely these issues. It's a bitter realization and I am very sorry. I present Taylor, whom I value as a peer, colleague and creator, my unreserved apology. 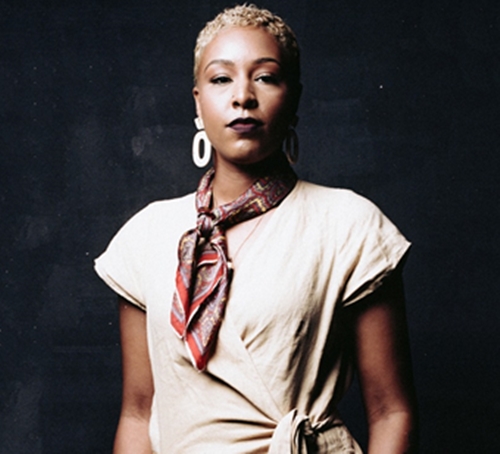 Coincidentally, each of this drama's primary characters -- the native Detroiter and the parachuting-in writer -- has a Harvard University degree.

Mitter, 52, graduated in 1989 and became a teaching assistant while working toward a political science doctorate for six years before quitting. Aldridge, 29, earned a 2015 master's degree there in museum studies after getting a bachelor's in art history from Howard University four years earlier.

And get this: The art professional who was unrepresented in this national magazine article focused her graduate studies on "the implication of underrepresented audiences and staff in mainstream art museums and cultural institutions," her LinkedIn page says. 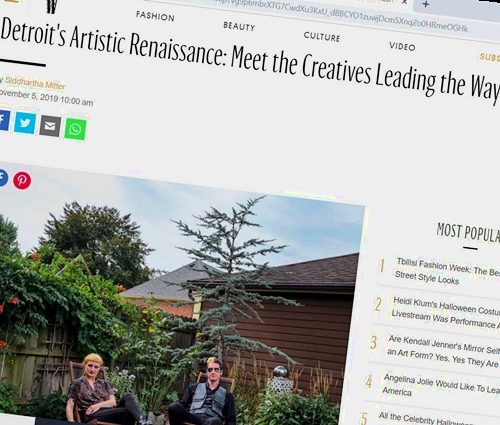 The extensive article in W Magazine, a publication launched in 1972 by Condé Nast as a Women's Wear Daily spinoff, is headlined "Detroit's Artistic Renaissance: Meet the Creatives Leading the Way."

The irony of having "erased the work of a black woman Detroiter," as Mitter notes, contrasts with themes of his look at how "Detroit is changing." Excerpts:

Newcomers have streamed to Detroit to set up artists' studios and craft ateliers—some locals coming home, others drawn by the city's historical mystique and what was still, a decade ago, ultracheap space. . . .

The central business district, once a ghost town, hums with activity. Cranes rise above construction sites. Parking is scarce. A measure of forced enthusiasm prevails, with murals and banners everywhere celebrating the Detroitness of Detroit. . . . Redevelopment is moving outward, raising fundamental questions about who will benefit, and what will be the place for low-income residents and the city's 80-percent black population.

For Taylor Renee Aldridge, a fundamental question is who's recognized in coverage of "this moment in the Detroit contemporary art canon."