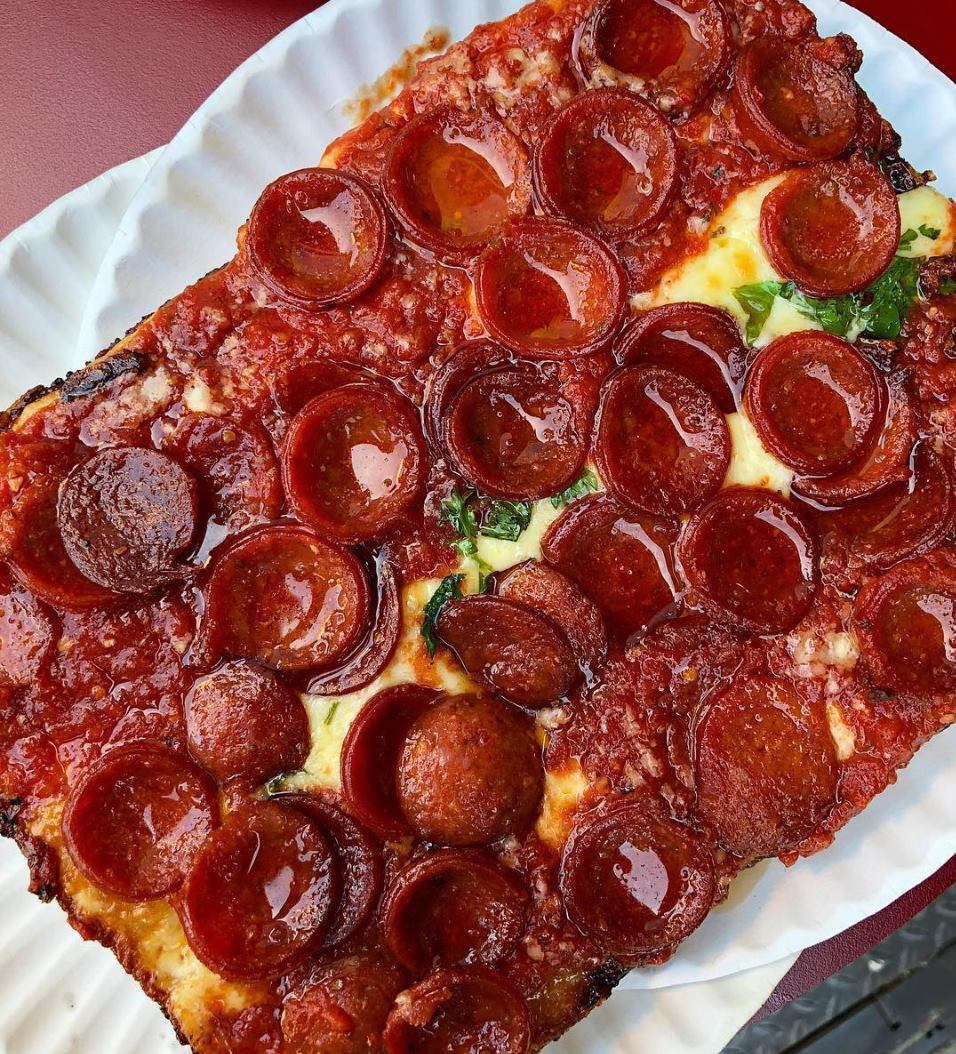 The thin New York slice is still king in the five buroughs and beyond, but Detroit-style pizza is making a mark in the Big Apple.

Lions and Tigers and Squares, a Detroit-style pizza joint that popped up in the Chelsea neighborhood in 2018, now has a second, grander location elsewhere in Lower Manhattan, the Gothamist publication reports:

The East Village got another first-rate pizza option last week with the opening of a big new Lions and Tigers and Squares, the Detroit-style pie joint from Francis Garcia and Sal Basille, who also own the Artichoke mini-empire. This is the second LTS location, but it's a more ambitious operation than their original on West 23rd in Chelsea. You'll find seating for about 50, a quasi-bar area, new menu items, and there are plans for sidewalk seating in the spring.

Cutesy name aside, Lions and Tigers and Squares is serious about its pizza. Each four-slice Detroit-style pie, which you can order as a half (mix and match!) or a whole, is prepared in a rectangular pan, so every piece is a corner piece. It's not as thick as Sicilian, and it's more crisp than bready, with a semi-charred, cheesy crust. LTS generally builds their pies in "upside-down" fashion, with sauce on top of cheese, and there's a considerable amount of (delicious) grease involved in many of the varieties.