Lapointe: Don Cherry Had to Go, But At Least One Detroiter Will Miss Him 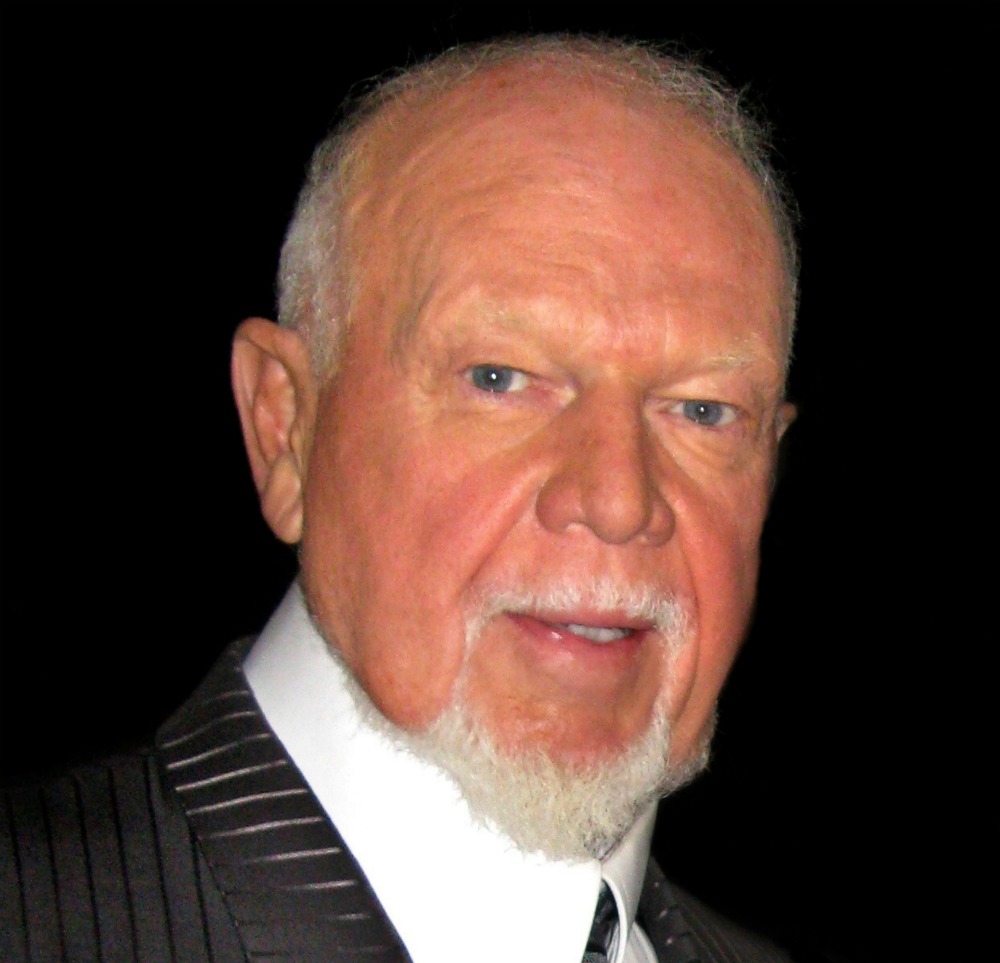 In the early 1980s, the Red Wings were nicknamed “The Dead Things” because they lost a lot of games, as is the case again now.

At the Detroit Free Press, my desk was next to that of Bill McGraw, who covered the Wings’ beat full-time. I also wrote many hockey stories. Our telephones often rang with excited voices tipping us to new hockey rumors, international and exotic.

“Don Cherry spotted at Windsor Airport!” was the headline the readers wanted to see.

It was like a sighting of Elvis Presley or Patty Hearst, or maybe the Wizard of Oz. That clue would mean --in their wishful minds -- that Cherry (nickname: “Grapes”) soon would leave “Hockey Night in Canada” and return to coaching to lead Detroit to new glory days.

Their hopes were never fulfilled, at least not by Cherry. He franchised a “Grapevine” bar in Windsor, but he kept his job as a first-intermission commentator on the “Coach’s Corner” segment of H.N.I.C.

In 1989, Cherry told me he would probably get fired some day because his comments about nationality and ethnicity disturbed the conservative Canadian Broadcasting Corporation.

“I hear rumblings CBC isn’t always happy with my performance,” Cherry told me in 1989. “They don’t jump for joy when I talk about Swedes and Finns. I’m fully prepared if they come to me in a year or two and say `We’ve had enough.’”

Thirty years later, his fear came true on Monday. At age 85, Cherry got fired from a job he held almost 40 years. Although the games still air on CBC, he was formally dismissed by Rogers Media and SportsNet, which own and produce the telecasts. 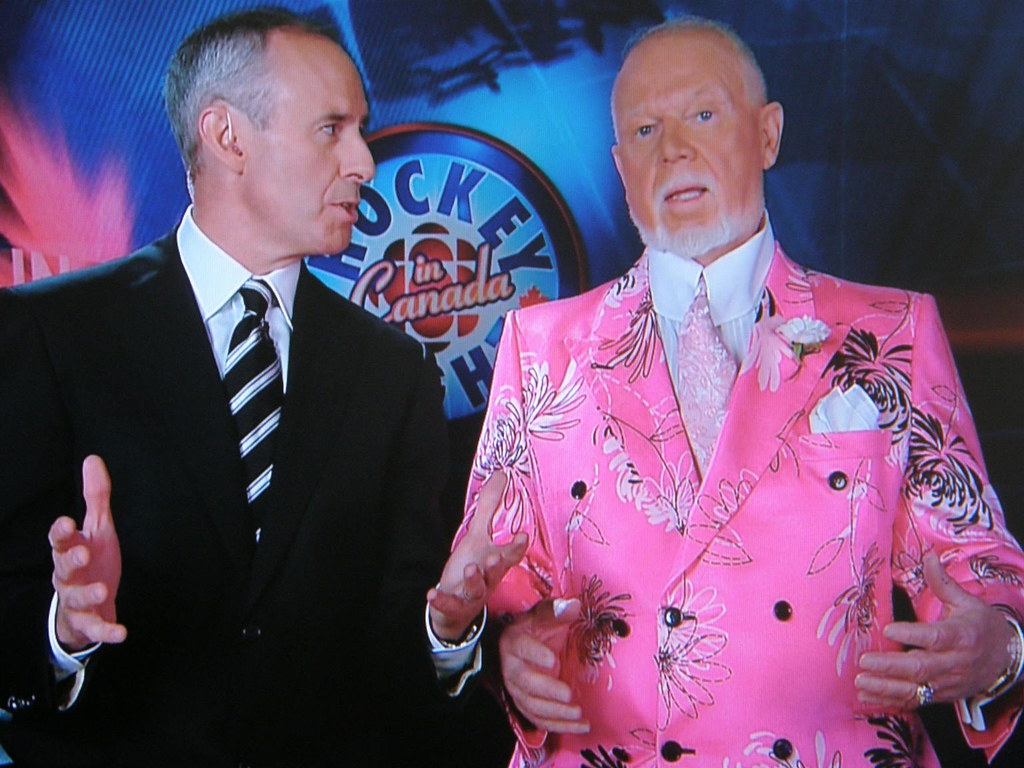 The dismissal followed bigoted statements by Cherry Saturday night that were seen and heard -- as Foster Hewitt used to say – by “hockey fans in Canada and the United States and Newfoundland.”

Although Cherry didn’t specifically mention immigration on the weekend, it was widely perceived that his words were directed toward immigrants who don’t wear poppies for “Remembrance Day” -- as “Veterans Day” is called in Canada.

Perhaps he could have saved his job if he had apologized, but that’s not Cherry’s way. Had his words been out of character, Cherry might have skated with forgiveness. But Cherry – a man I genuinely like and appreciate – made many crude remarks over the years about ethnicity.

He couched them in hockey jingoism. He fancied himself a Canadian patriot who grew up in an era when the National Hockey League was almost entirely Canadian.

Games in Canada back then began with the playing of “God Save the Queen” and her portrait lurked behind the goalie at the rinks. Canada’s national flag still bore the Union Jack.

In Cherry’s world, aggressive hockey was for good, strong, tough, English-speaking Canadian boys who dropped the gloves for honorable fist fights, to “have a go.”

They didn’t wear protective face visors. Heck, a lot of them didn’t even wear helmets.

As the hockey world evolved through the decades, Cherry disliked its global outreach. He found Russians to be robots and Swedes to be too timid. Even players from Quebec were suspect. Somehow, he never could quite pronounce French names.

“Only Europeans and French guys wear visors,” Cherry once said.

When Ottawa fans dared to cheer for Russia over the United States in the 1996 World Cup, Cherry scolded his nation.

“Don’t do it again!” he thundered. “It was a disgrace. If Saddam Hussein put 1,000 missile at our country, who would you go to for help? The Russians or the U.S.? Don’t do it again.”

In the 1976-77 season, I was a rookie hockey writer for the Chicago Sun-Times. I covered the Blackhawks (then called the “Black Hawks”), who had just hired Bobby Orr from the Boston Bruins as a free agent.

Cherry coached the Bruins. Orr – the most spectacular player of his generation -- had a horrible year with the Hawks. He didn’t like that I bluntly wrote that knee injuries were cutting his career short.

Miserable in Chicago, Orr told his old Bruins’ buddies that a Chicago hockey writer was picking on him.

Empathy and Generosity, Too

I learned this in Boston Garden one morning that spring during the playoffs at a Bruins’ practice. Walking along the concourse, I noticed practice pucks leaving the ice and crashing into seats near me. More than one.

Cherry noticed, too. The Bruins – Orr’s pals – were firing pucks at me. Cherry, too, loved and admired Orr.

Cherry didn’t know me then but when he saw me in the corridor after practice, he took me into his office, closed the door, sat me down and said “Look here, Joe-boy! Yer gonna be in this business a long time! Ya gotta get along with Bobby Orr!”

He handed me Orr’s private phone number and told me to call him. Although I didn’t immediately established relations with Orr, we did work together years later on a major story that helped send Alan Eagleson, Orr’s former agent, to prison.

Cherry frequently showed his softer side on his TV segments. He’d get misty and choked up when discussing young hockey players with illnesses or injuries or when talking about “Blue,” his deceased dog.

As often as possible, he’d show old film of a helmet-less Bobby Orr doing something breath-taking a long time ago.

Back in Michigan now for five years after a quarter-century on the East Coast, I’ve found myself – most Saturday nights – reviving old habits. I watch at least the first period of “Hockey Night” just to catch “Coach’s Corner” in the first intermission.

It is impossible to defend many things Cherry has said. I won’t try. He was a combination of Rush Limbaugh and Howard Cosell, at his worst a sad manifestation of Canada’s hockey id.

But he was entertaining and sometimes funny and he had a side that was empathetic and generous. Sure, it was time for Cherry to go. I will miss him and I wish him well.