Sergio Marchionne, 'Operation Cylinder' and the plot to take over GM

Sergio Marchionne has been dead for more than a year, but a darker picture of the one-time CEO of Fiat Chrysler Automobiles NV is emerging, following a racketeering lawsuit filed Wednesday by his former competitor, General Motors. 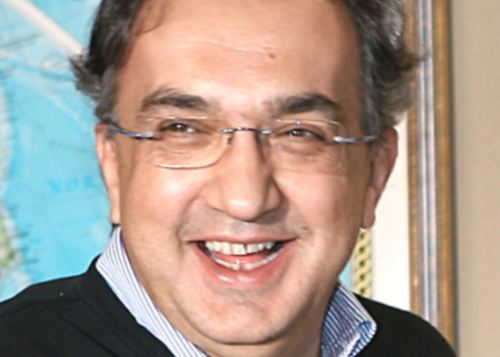 Daniel Howes of The Detroit News sketches it out:

The sweeping allegations contained in General Motors Co.'s racketeering lawsuit against the Italian American automaker, filed Wednesday, depict a manipulative mastermind who led the remains of the old Chrysler Group from bankruptcy. Within weeks, the lawsuit and court records show, the new company moved to corrupt the bargaining process with cash, gifts and favorable contracts essentially underwritten by American taxpayers.

Marchionne's accused of enlisting former United Auto Workers President Dennis Williams, his longtime friend, in one of several abortive attempts to engineer a merger with Detroit's largest automaker — a charge Marchionne privately acknowledged before his death in July 2018.

His gambit failed, even as the automaker he rescued from bankruptcy keeps delivering strong results, especially in North America. Left behind is a trail of union officials and former FCA executives caught up in the widening scandal that so far has produced 10 convictions, charges against 13 and implicated Marchionne, Williams and UAW President Gary Jones in the years-long federal investigation into union corruption.

GM's lawsuit, in which one of the Detroit Three accuses another of trying to weaken it in an effort to force a merger, claims Fiat Chrysler used the UAW as a lever to inflict "massive monetary damage" on GM. A merger would leave Marchionne in a far more powerful position, Howes writes, and even had a code name within Fiat Chrysler: "Operation Cylinder."

A gripping tale of corporate backstabbing and intrigue, highly recommended.