Since evening darkness began descending early, drivers and walkers on the east side's waterfront thoroughfares have wondered about the orange and purple glow just over the horizon in Canada. 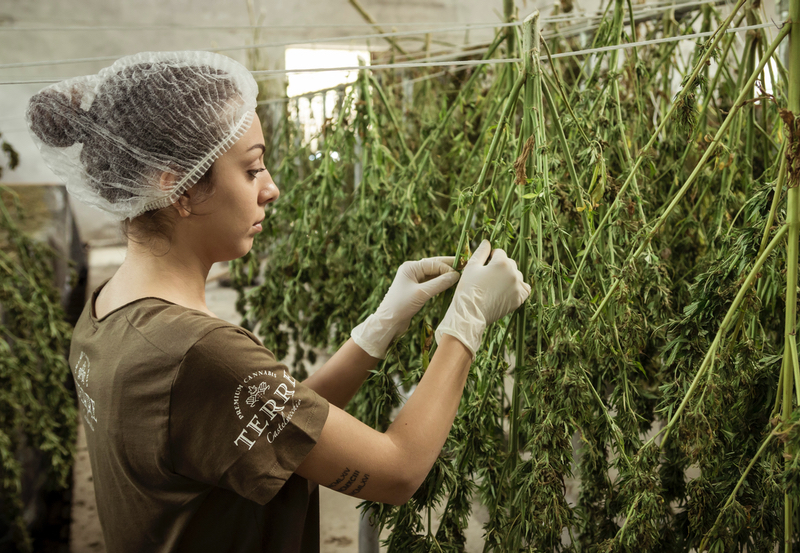 Stock photo of a marijuana greenhouse. It takes a lot of glow to get your glow on. (Photo: Unsplash)

It's far beyond a "there's civilization over yonder" glow. In fact, it looks more like a spaceship is landing in southern Ontario.

The glow is explained in today's Detroit News: It's greenhouses, growing vegetables, fruit and now marijuana:

Marijuana grow operations require a variety of high intensity LED lighting to enhance cannabis production. Officials add that some vegetable and fruit growers have expanded their growing seasons and become “24/7” farmers, as opposed to traditionally shutting down in November.

The problem comes from light pollution; east-siders are accustomed to looking out over a dark lake. While the glow is still fairly confined to one area, it is significant. Click through to the story to see photos of just how ablaze with light these greenhouses can be. There are also photos at this story by the CBC in Canada.

With marijuana legalized across Canada, and days away from full legalization in Michigan, demand will be significant. Expect more glow. Probably being high helps to appreciate it.