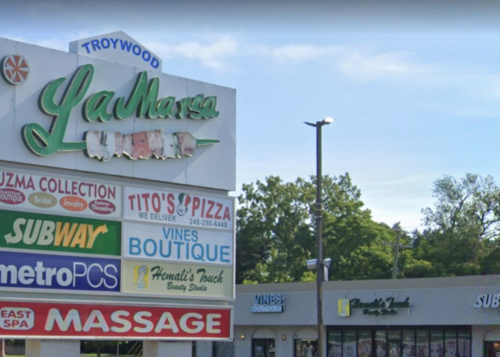 Two women had the idea to get lunch at La Marsa, a Mediterranean eatery on Rochester Road in Troy. Both women also wanted the same parking spot. The two got into a screaming match over the space, which involved racial slurs and video recordings, according to the police report.

Then, the fight turned physical, police said. One of the women, from Royal Oak, ended up in the hospital with a scalp injury and wrist pain, police said. The other woman, from Warren, declined medical treatment. Both were cited with misdemeanors for fighting in public.

"Stores and restaurants are busier this time of year," Lehman said Wednesday. "It appears to us people have an elevated stress level during the holidays. We recommend just getting yourself out of the situation. Disengage."