It's not often an expelled judge sits as a defendant in the courthouse where she used to work.

Theresa Brennan, unseated last summer from Livingston County Court, did so Tuesday. She pleaded guilty to perjury in an agreement with the state attorney general's office, the Livingston Daily reports.

As part of a plea agreement, the AG's office agreed to dismiss the remaining [two felony] charges. They also agreed to a guidelines range of no jail time to six months in jail on Brennan's minimum sentence. The perjury charge carries a maximum sentence of 15 years in prison. 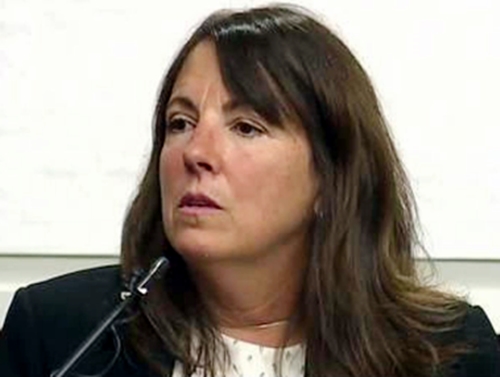 Her lying under oath and the dropped charges, which include evidence tampering, involve shenanigans with her own divorce case.

The state says she committed misconduct by failing to recuse herself immediately from that legal matter and then disposing of evidence during the delay she caused.

Wayne County Circuit Court Judge Paul Cusick accepted the plea in Howell and will sentence her Jan. 17. He handles the case because all local judges worked with Brennan until the state Supreme Court kicked her off the bench in June.

The Michigan Judicial Tenure Commission recommended removal because of what it called deception, abuse of power and conflicts of interest. Brennan also acknowledged a major ethical lapse -- sleeping with a state trooper who testified in front of her in a murder case.

Brennan, 61, now could lose her law license, Attorney General Dana Nessel says in a statement reported by the Daily. She adds:

"This defendant violated the very tenets we as a society hold dear: truth, honor and justice. She made a mockery of her oath of office and undermined the integrity of the bench."

This short WXYZ segment from June reports on her removal as a judge: