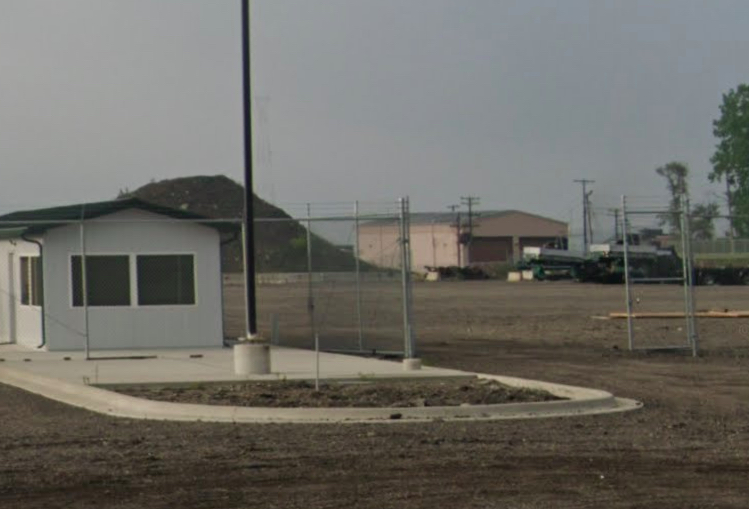 Don't panic yet, but part of Detroit Bulk Storage, "listed for decades by the U.S. Department of Energy and Environmental Protection Agency as a contaminated site due to its use of uranium and other dangerous chemicals during manufacturing dating back to the 1940s," has collapsed into the Detroit River.

Or maybe go ahead and panic, who knows?

The Windsor Star is reporting that the collapse dumped an unknown amount of aggregate rocks and sand into the river Thanksgiving weekend:

The riverbank apparently collapsed under the weight of large aggregate piles stored at the site by Detroit Bulk Storage which has a long-term lease on the property for such use. The company is operated by the son of the owner of Windsor-based aggregate company Southwestern Sales.

The collapsed property is widely known as the former Revere Copper and Brass site which over many decades has been engaged in repeated controversy regarding its fate, safety and who is responsible for cleanup.

The property sits next door to the east of historical Fort Wayne in southwest Detroit and a stone’s throw from the planned location across the river of the Gordie Howe International Bridge. Across the river in Windsor is LaFarge Canada and Sterling Fuels.

And downriver from the site are intakes for at least some of Detroit's drinking water.

Those who follow environmental news may recall Detroit Bulk Storage as the site where Marathon stored piles of petroleum coke a few years back. The pet coke, a byproduct of oil refining used as a fuel, would occasionally generate dust clouds on windy days, leading nearby residents to complain of breathing difficulty.