Those of you who need to keep track with all member of Eminem's early-2000s D12 posse should turn the page and start a new entry in the scrapbook: Obie Trice is in the news again. 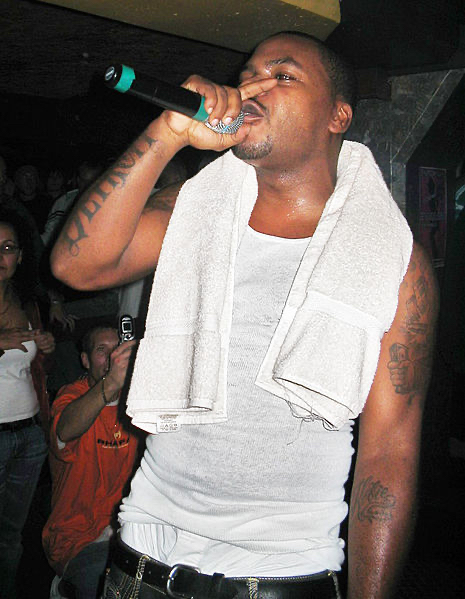 Trice -- "real name, no gimmicks" -- is cooling his heels in the Oakland County Jail, held on charges of "aggressive felony assault against a family member," according to the Detroit News. Celebrity news source TMZ has a fuller account, because apparently no boldface name can so much as drop a cigarette butt on the sidewalk without them finding out:

The report says Obie had allegedly been drinking all day and got in a physical altercation with his girlfriend. The girlfriend's 18-year-old son then intervened, and Obie went to get his gun. A struggle ensued over control of the weapon, and it went off ... striking the son in the groin. He suffered a fractured pelvis because of the bullet.

(We don't know if that clumsy prose is from the police report on the TMZ stringer. Probably both. Apologies.)

Anyhoo, Trice was still locked up as of Friday, although presumably he's sober by now.

Enjoy Trice's opening-shot cameo in Eminem's "Without Me" video and feel those early-21st century vibes, when Dick Cheney was our biggest problem: