A 7-year-old boy died at the scene of a Hall Road crash in Clinton Township early this morning. His father, who was driving, was arrested and alcohol "appears to be a contributing factor." 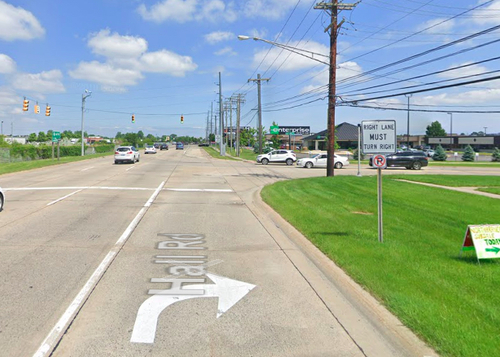 Police say the Kia Optima was eastbound on Hall Road driving on the paved shoulder. The vehicle continued driving on the shoulder as the lane transitioned into a right turn lane for southbound Heydenreich Road. The Kia Optima drove through the intersection where it struck a curb then slammed into a pole.