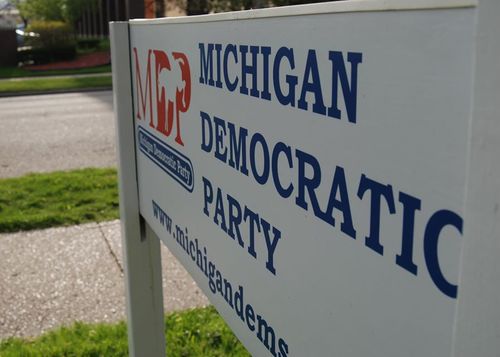 The Michigan Democratic Party is under fire for banning photos and audio and video recordings of its meetings unless prior approval is given by party leaders.

The new rule, proposed by MDP treasurer Traci Kornak, passed Saturday in a 122-36 vote of the state’s delegates.

Party leaders say it's meant to prevent Republican operatives from gathering sensitive information, but critics say it undermines an ongoing push within the party for greater accountability in politics.

“It sends the message that the party doesn’t want transparency, that we don’t want Millennials and Generation Z and progressives who are coming into the party saying we want more democracy, transparency and inclusion,” said Liano Sharon, a delegate with the State Central Committee.

The party's meetings are open to the public with limited information recorded in minutes made available afterward.

The Michigan Republican Party, whose meetings are also public, does not prevent audio and video recording or photos, party spokesman Tony Zammit said.

MDP executive director Christy Jensen said the rules are the result of “years of complaints from members who were being videotaped against their wishes at party meetings."

"The ... new policy will foster an environment of greater transparency and candor by allowing party members to freely discuss internal deliberations at meetings without threat of statements being recorded and misconstrued by nefarious, far-right organizations," she later added.

But some have questioned whether that's the true motive for the change.

Sharon believes the rules are "retaliation" for a Facebook live video of a July meeting that showed party members relied heavily on proxy votes to kill a resolution supporting a presidential debate specifically on the issue of climate change. One delegate, Sharon said, was able to use 11 proxy votes from regions she was not elected to represent.

Joanne Galloway, a member from the U.P. who recorded the video, also questioned the need for the ban, noting delegates have the option of going into closed-door session. She said recordings are an important tool for sharing information with people who can't make it across the state.

"When you’re up in the U.P. you’re so starved for institutional knowledge from the lower portion of the state," said Galloway. "It's important that we continue to move forward on making remote access more available to our members."

An MDP progressive caucus member recording Saturday’s quarterly statewide meeting on Facebook wrote that she was “kicked out” following the vote.

“This party is such a disappointment,” Antonia Aurelia wrote. “Then they wonder why they lose.”