Taylor mayor tries to explain in odd 'interview' why FBI found $206,000 in his home safe

Here's an unusual twist in the ongoing case of Taylor's mayor and a cash-filled home safe. Rick Sollars posts a 20-minute video (below) that proclaims his innocence in a staged "interview" with former WDIV reporter Kevin Dietz.

"Our lives were turned upside down" unfairly by the FBI, Sollars says, seated next to his wife Alicia in the home that agents searched Feb. 19.

They seized $206,493 from the house while investigating the Downriver politician for racketeering, bribery, wire fraud and money laundering. Sollars, 45, earns $100,000 a year.

The bureau also searched the family's $300,000 lakefront chalet in in Lenawee County and liens against both properties in preparation for seizure if the mayor is indicted and convicted, Robert Snell of The Detroit News first reported. In addition, agents raided the home and office of a city contractor. 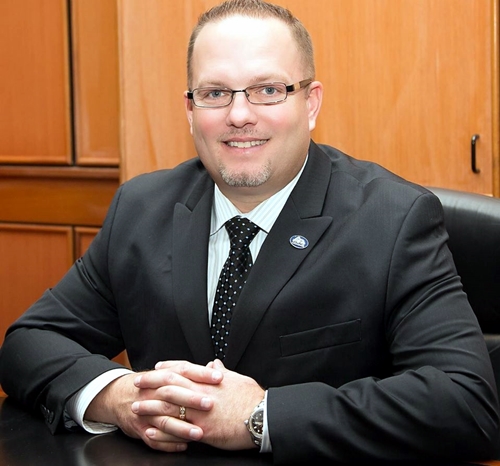 Sollars now says the stacks of $100 bills in his safe were gambling winnings, not payoffs from two city contractors handling trash pickup and towing.

On his personal and campaign Facebook pages, he posts Monday:

"After 10 months of wild media speculation we have decided as a family to sit down and share our story. . . . Despite the fact that no charges have been brought against me, negative media reports have made daily life difficult for me, my wife and especially our [three] children.

"We love the City of Taylor. We were raised here and choose to raise our children here. Our family deeply appreciates the kindness and support of all who have stood by our side during this difficult time."

The unusual pushback is a professionally produced video by former broadcast journalist Dietz, according to Ross Jones of WXYZ. Dietz, who left WDIV in July after 26 years there, is now self-employed. 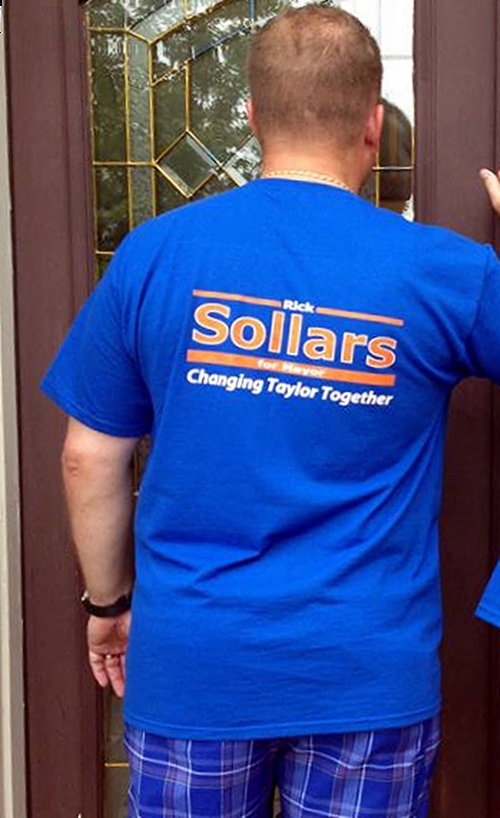 The future mayor campaigning in 2013.

Sollars’ attorney, Todd Flood of Royal Oak, tells Jones that Sollars or his campaign committee paid the ex-reporter for making the self-defense video. The lawyer says he doesn't know the amount, and Dietz declined to talk with WXYZ.

Alicia Sollars tells the off-camera interviewer about months living in uncertainty: "You're always looking over your shoulder, wondering what today will bring." The mayor says:

"They've essentially paralyzed us. After working our entire life to try to be prepared for adult life, they now have us living paycheck to paycheck. . . .

"I’m paying for my own attorneys, not the city of Taylor. So this will cost me my entire life savings to defend my name."