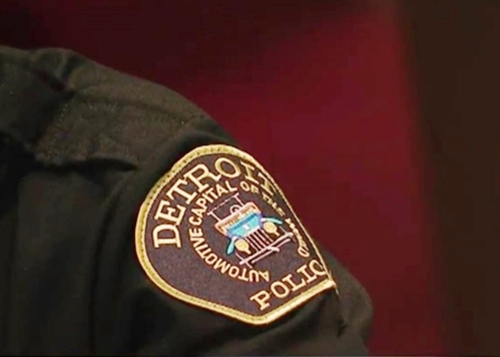 With the Detroit Police Department reeling from recent bombshell allegations of rampant corruption throughout the force, Chief James Craig stepped to the podium recently not only to rail against the officers accused of assorted corruption crimes but to assure Detroiters that crooks in blue are but a sliver of the ranks.

Per The Detroit News:

Craig stressed the alleged crooked officers make up only a small portion of the police
department.

"How are you going to put on the badge ... and you're as much of a criminal as the people you're going after?" Craig said. "If you make the conscious decision to engage in criminal conduct, you're no longer a police officer. We're going to find you, and we're going to arrest you."

It's a spin on a line we’ve all heard before, whether the issue is corruption, brutality or some other misdeed committed behind the badge: Crooked cops are but a tiny minority in a sea of otherwise “good” and “upstanding” officers.

We hear this trotted out whenever a cop is accused of stealing drugs, fatally shooting an unarmed motorist, assaulting someone or any other criminal offense. And, for the most part, many people are inclined to accept as gospel the contention that the good cops far outweigh the bad.

Even Craig concedes that the case suggests “a pattern and practice of criminal misconduct in the narcotics unit." And he also admits that the investigation — which has already uncovered evidence that forces investigators to examine police conduct reaching back at least the past decade — will probably “grow in terms of magnitude.”

News of such an extensive probe hardly comes as a shock to people who live in this area, versed as we are in the long, sordid history of police officers committing crimes big and small against the very taxpayers they’re meant to protect and serve. From the savagery of the Algiers Motel incident in the 60s to the murderous STRESS units that patrolled our streets in the '70s, from the compromised “drug warriors” who got caught up in the dope game in the '80s and '90s to the “Booty Boys” of the early 2000s, multiple generations of Detroiters have plenty of stories to tell about their run-ins with dirty cops.

We’ve even had police chiefs do serious stretches in jail.

And while I can personally affirm that there indeed are decent, brave and honest men and women who serve as police officers in Detroit, I also personally know some who’re as ethically compromised and morally bankrupt as the “criminals” they jail.  So I’ve never quite understood why some want to insist that the good cops are the overwhelming majority of those who serve.

I mean, if good cops abound, why then do the bad ones operate with so much impunity for oh-so long? Where were the “good cops” when Joseph Weekley shot and killed an 8-year-old child in 2010 and then initially tried to blame her grandmother? When Eugene Brown was wantonly and fatally shooting people? When officers were running extortion rackets at auto repair shops?

Why did the entire department, once branded as the deadliest force in the nation, spend more than a decade under federal oversight for excessive force, illegal detentions and other crimes?

And this isn’t just about Detroit. If our nation’s police forces are stocked so heavily with such upright officers, where are they when innocent black people all around the country are dying in chokeholds or in lockup, when we’re being shot down while waiting for roadside assistance or during routine traffic stops? Where are the good cops when it comes time to take a (witness) stand against the ones who shoot down boys with toy guns and men strolling through Wal-Mart and young moms peering through their windows?

We know you’re a rotten POS if you’re out here beating and robbing and killing people from behind the authority of the badge. But if you’re a cop who looks the other way, justifies his co-workers criminality or in another way uphold corrupt culture in the name of that Blue Wall, how are you not a POS in your own right?

Chief Craig is on Front Street right now, determined to get in front of and own this blockbuster investigation despite all appearances that that the feds would look into it anyway. He can shout all day about this investigation being initiated by the DPD, but that only forces even more questions about how corruption like this could persist for so long in the midst of a department folks like him want to insist is so overrun with “good cops.”

I can see how we’d all like to believe that corrupt, brutal, murderous, drug-dealing officers are few and far between, that good cops outnumber them and that the mere existence of these upright “crime fighters” somehow rights their fellow officers’ wrong.

Sadly, not unlike the early returns from this latest probe in corruption in the DPD, much of the evidence strongly suggests otherwise.