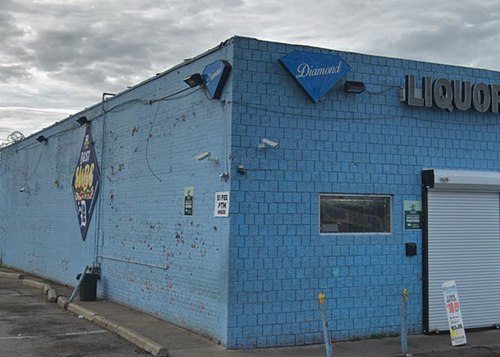 Detroit police are investigating a double-shooting at an east side liquor store over the weekend after a victim bumped the suspect and a bystander tried to calm things down.

The shooting happened just after midnight Sunday at Diamond Liquor, across the street from the original Buddy’s Pizza on McNichols.

The male suspect was having a conversation with a 30-year old man, which ended in the two shaking hands and the suspect departing, police said. But then, the 30-year old bumped the suspect, "causing him to drop something from his hand," and an argument ensued, according to a Detroit Police Department statement.

Eventually, the suspect pulled a gun on the 30-year-old victim. A 21-year-old man attempted to intervene and the gun “went off” on him.

The 21-year-old victim was listed in critical condition at a nearby hospital. The 30-year-old is as stable.

The suspect fled in a silver Chevy Malibu with no rims and is at large, police said.

The store is a Project Green Light police video surveillance partner. Neither video nor a suspect description have been made available.