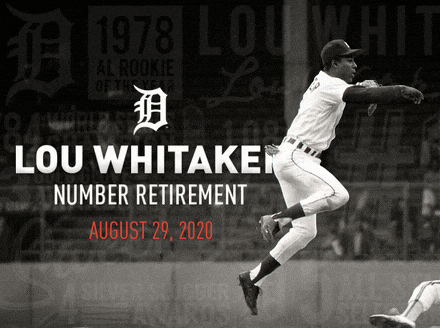 Ok, so the Detroit Tigers star second baseman Lou Whitaker got screwed by getting bypassed Dec. 8 for induction into the National Baseball Hall of Fame in Cooperstown, N.Y.

But the five-time All Star is still revered here in Detroit. So the Tigers will retire his No. 1 during a ceremony Aug. 29 at Comerica Park.

"About damn time," tweets Detroit News beat writer Tony Paul in a widely echoed reaction online. He also suggests the move is planned because the Tigers "would like to have *one* big crowd in 2020."