Metro Detroit woman gets 81 pounds of gifts from Bill Gates, her secret santa 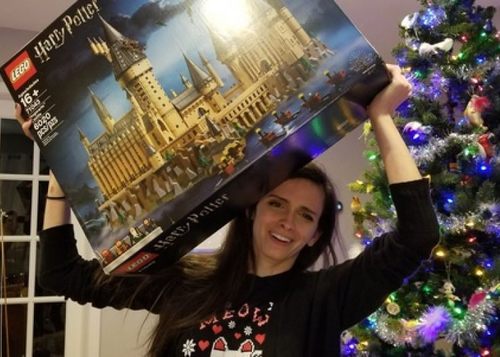 Reddit user Szor, or "Shelby," holds up a gift from her secret Santa, the richest man in the world. (Photo: Reddit)

A Detroit area woman won the luck of the draw in a Reddit gift exchange group this Christmas: Bill Gates, the richest man in the world and an apparently thoughtful gift-giver to boot, wound up her secret Santa.

The outcome? 81 pounds of gifts overnighted from Washington in a massive box that couldn't fit in the woman's car, requiring an unveiling in the middle of a FedEx during the holiday rush.

The Reddit user, who identified herself to MarketWatch as "Shelby" — a 33-year-old marketer from Metro Detroit — shared a description of the bounty on Reddit:

Shelby's post is replete with photos and videos of the goods. She also issued a heartfelt thank you to the Microsoft co-founder:

Bill Gates, you are a blessing. This year has been a complete rollercoaster of emotions for me; in March, I lost my mother completely unexpectedly only 10 days before my destination wedding. It has been hard to drum up holiday spirit this year, and this has been a zap taser of Christmas cheer.

I have felt like I’ve been on another planet the past few days and I still cannot believe how lucky/cool/honored/all the adjectives I am to have had someone craft such a special and personal set of gifts just for little ol’ me. And your donation to The American Heart Association in my mom’s memory is the most special gift of all. It means more to me than I can express.