Rep. Elissa Slotkin of Michigan is uneasy with 'erratic behavior' by Trump

Slotkin, an Iraq policy specialist who worked at the CIA, the National Security Council and the Department of Defense, was elected in November 2018 to represent a district that includes Lansing, Brighton, Clarkston and Rochester. The Holly resident tells The New Yorker on Saturday that she doesn't see "what I would call thoughtful, consistent, deliberate decision-making" at the White House.

"And that is different from Bush and Obama. You may not have liked the decisions they made, but at least they had a process, they had a national-security team that was trying to think of all angles, and were deliberate and communicated what they were doing." 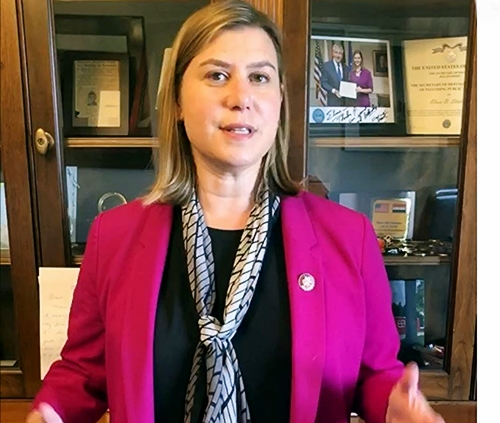 Rep. Elissa Slotkin: "The president has not earned the trust of a lot of us [military veterans] on foreign policy." (Photo: Instagram)

A phone interview with staff writer Isaac Chotiner involves her inisghts and reactions to the killing Gen. Qassem Suleimani, the head of Iran’s Quds Force -- a division of the Islamic Revolutionary Guard Corps. The magazine calls him "the most infamous and feared commander in the region."

Slotkin has deep, first-hand experience in this area. She led a CIA assessment team in Iraq from 2006-07 and was National Security Council staff director for Iraq policy from 2007-09 under President George W. Bush. In Barack Obama's administration, she was a senior adviser on Iraq policy at the State Department from 2009-11 and then worked at the Pentagon until 2017, rising to acting assistant secretary of defense for international security affairs.

This weekend's interview thouches on war fatigue, congressional oversight and how former service members in Congress view the president. Excerpts:

► Unease with Trump: "There are a number of Republicans, even on my own committees, who express doubts about how deft a hand this administration really has when it comes to foreign policy. And sometimes they will express that in private, but they don’t express it very much in public.

"And I think particularly for some of the veterans, those with military experience, ... the president has not earned the trust of a lot of us on foreign policy. He has systematically alienated our allies and emboldened our adversaries. And that’s not political; that’s a factual retelling of the last three years of foreign policy."

► Presidential comparisons: "While ... both Bush and Obama really went as far as they could on executive power, they still largely obeyed the laws. And this president has shown a willingness to ignore the laws in some cases.

"The difference is that the president has demonstrated a level of erratic behavior that makes it a lot harder to predict what's happening. ... I understand he [was] hellbent on getting out [of Syria]. Guess what? You inform the allies you are working with before you start pulling out. You don't sell out the partners you are working with in real time and make them run for their lives after they have fought and died for you." 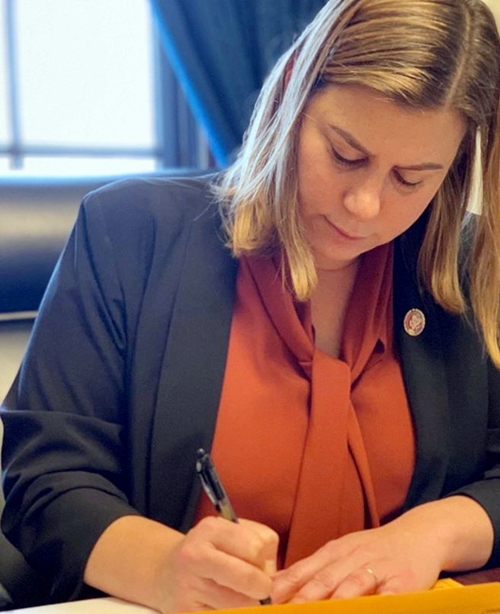 "The public ... doesn't trust that we are going to get it right if we do big things abroad."
(Photo: Facebook)

► Congress' role: "Since the [authorization] vote on the Iraq War, in 2002, I think there has been a feeling by many members who have been here a long time that that was politically problematic for many reasons and many people. And that, in combination with the war on terror, has led to an atrophy in Congress’s oversight role on the issue of war. ...

"I do think the administration should come back, particularly if they know they are intending to get into a protracted conflict, or if they accidentally get into a protracted conflict and need more money for those military operations. That, to me, is a signal that we are in something protracted, whether we want it to be or not, and therefore requires an authorization of military force."

► War fatique: "After 18 years of war, the American public is just no longer willing to cede decision-making on foreign policy to Washington elites on both sides of the aisle, who just make decisions without bringing the public along with them.

"I think the public feels like we haven't been successful in a lot of our overseas endeavors, and therefore doesn’t trust that we are going to get it right if we do big things abroad. And we have a responsibility to communicate with the public in a different way."