Detroit was part of a series of protests against the prospect of more American military involvement in the Middle East on Saturday. 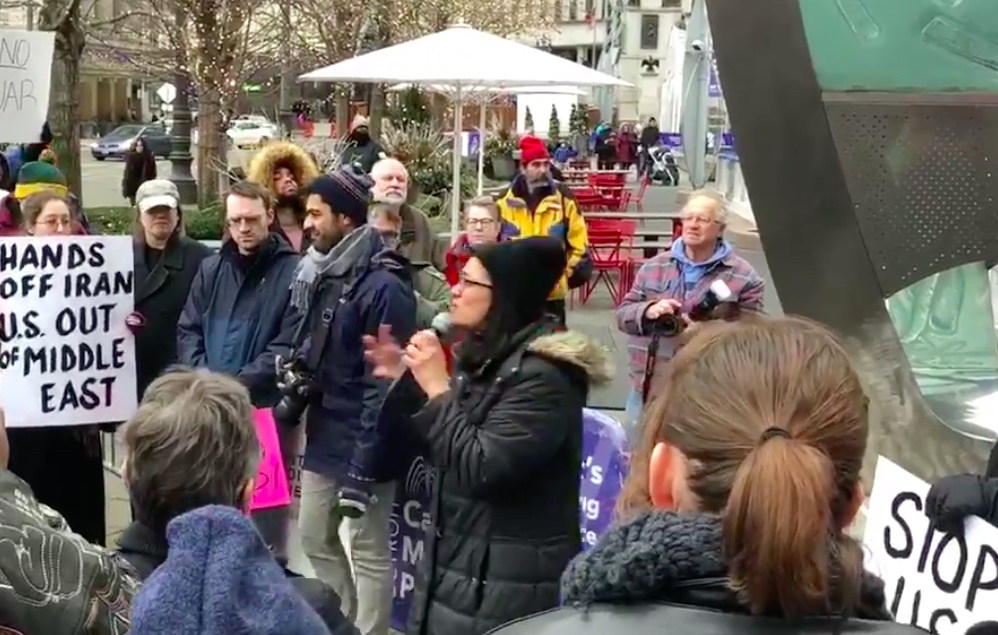 Marchers gathered at Campus Martius (Latin for "war camp," ironically) to protest the assassination of Iranian General Qassem Soleimani on Friday, which represented a steep escalation in tensions between the two countries. Metro Times covered the event.

Rep. Rashida Tlaib spoke to the group after issuing a statement that read, in part:

"We have an entire generation of people and children who have only known a United States at war. We cannot stay silent as this lawless President recklessly engages in actions that move us closer to yet another unnecessary war that will undoubtedly result in more bloodshed. The President is not a king and this is not a monarchy, this is a democracy. Therefore, as a co-equal branch of government and the body with the sole authority to declare war, Congress must clearly say no to war with Iran."