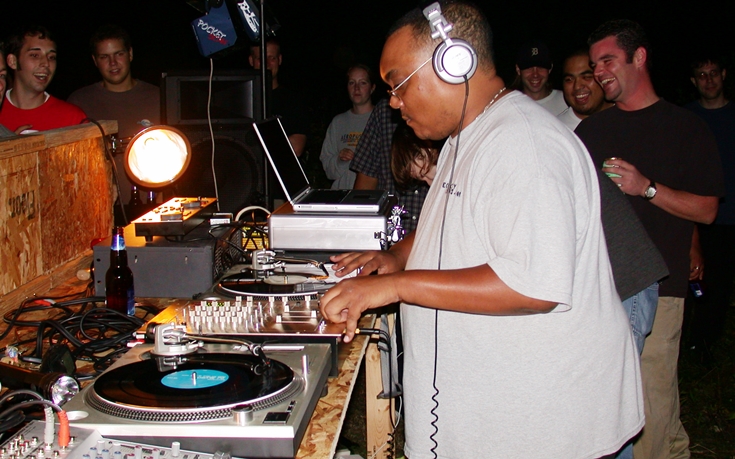 "The electronic music scene in Detroit and around the entire world has a lot to do with the selfless work of Mark David," Matt Abbott of Ferndale says on Facebook.

A memorial service will be conducted Jan. 18 at 11 a.m. in Hartford Memorial Baptist Church, 18700 James Couzens Fwy. -- less than a mile from his Bagley neighborhood home. Friends can pay respects starting at 10 a.m. 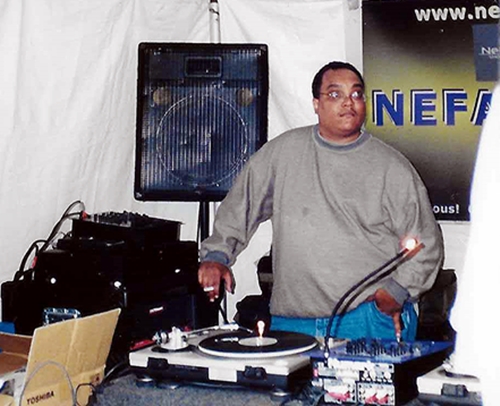 "I would love to see this place [the church] standing room only," says Angie Linder, a co-founder of Detroit Techno Militia, a record label and collective of DJs and producers. "He was a connector in our community and will be sorely missed," the group posts.

Fisher is survived by daughter Shelby Booth of Grand Rapids, his parents and close friend Heather Whitman, who were all at his hospital bedside Thursday. "He gave a few more hand squeezes right before the ventilator was removed," posts Booth, 28. "He was surrounded by love and comfort and passed quickly and peacefully."

His niche was drum and bass, an electronic music genre featuring fast breakbeats, heavy bass and sub-bass lines, synthesizers and sampled sources. It spread from the United Kingdom in the 1990s.

A half-minute WDIV newscast tribute Sunday morning describes him as "a major player in the music scene. . . . He was known for his passion for music."

These are among salutes at Fisher's Facbook page and elsewhere:

► Daughter's pride: It warms my heart knowing how loved and cared about my father was and how passionate he was with his music that moved and influenced so many others. -- Shelby Booth, Grand Rapids 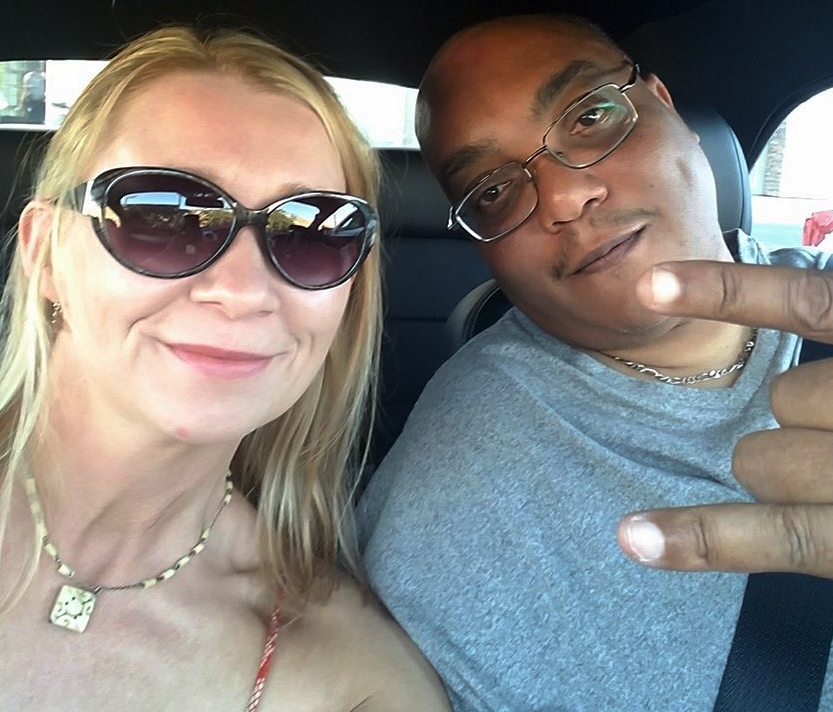 ► Helped inspire a move: A genuinely great dude who shaped so many lives. In many ways, he was responsible for drawing me to Detroit in '03. -- Travis Wolf, recording artist

► 'Allowed us to shine:' Your contribution to and support of Detroit’s electronic music scene is historic. Many of us, including me, owe at least a part of our success to you. Your generosity, while in the shadows, allowed us to shine. I will never forget you. You helped me move forward, never asking for anything in return. -- Adriel Thornton, Detroit event producer

► 'All the way back:' He provided web space for the electronic music community all the way back when the Internet was just poppin' before social media and all that. . . .
He helped up put our platform out to the world. "Renaissance Soul" was eventually hosted by him for a long-ass time. The Bandwidth DetroitLuv parties were a classic event that so many Detroit legends played and was my first DJ gig! -- Kelly Frazier, Detroit podcaster (in two tweets)

dedicating my sets w/ @Plaslaiko to a Detroit hero, Mark David who we lost this week. Mark was a staunch supporter of so many of us Detroit DJ’s over the last 2 decades plus. let his spirit live on through the music. Rest In Peace. #DetroitLuv

► 'Wild punks and rebels:' Before DLuv, we had to rely on word of mouth and paper flyers. The DLuv platform made the music and community accessible. It was an incubator for fresh ideas, work from artists and some of the best drama we've ever had the pleasure of witnessing.
"It was those conversations that made it possible for a group of wild punks and rebels to grow into a passionate, tight-knit Techno family. You created so many smiles, and now I'm hopeful that the afterlife just recruited a total badass." -- Amber Krumm, Detroit

► 'MD was instrumental:' Mark was one of those people in life, that lives to bring people together, one of the cogs in the wheel of life that makes everyone around them a better person and who lives to see others shine.
"Some of us might have forgotten what the internet was like 20 years ago ... before Google's advertising algorithm could predict your behavior, and so, we were all forced to (gasp) find our own electronic communities. MD was instrumental in providing all of us a place to electronically congregate. I basically grew up as a person within that electronic community, as well as within that same group of friends IRL. -- Dennis Donohue, Zwolle, Netherlands 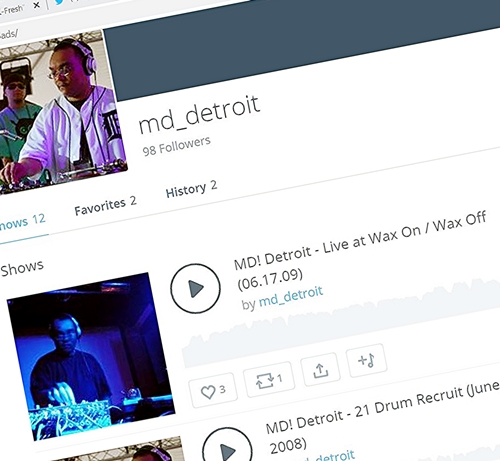 The drum and bass DJ's page at Mixcloud.

► 'A one-of-a-kind:' Mark was the embodiment of what it means to be a good person. He gave everything he had to support everyone one around him, sometimes to a fault. He loved all of us unconditionally even when we moved away from our beloved Detroit.
"He touched everyone in the Detroit underground electronic music scene. The legacy of what we all were a part of preserving through the late '90s and mid-2000s still lives today and will forever. Mark played at my first and last Pulse Radio (90.7 FM) broadcast. He partnered up to help me throw my first rave with me.
"Mark taught me how to code and hosted all my websites over the years. ... Mark kept promises and promised my daughter at 9 years old he would be at her graduation. Ten years later, he unannounced showed up 2,500 miles from his home at my daughter's graduation. There are so many stories. Mark is a one-of-a-kind and helped me to be the man I am today." -- J.R. Rager, Amboy, Wis.

► 'Gone too soon:' It's almost hard to remember a time before Facebook, when dedicated online communities grew around real-life communities, enabling new connections, education, general shit talk and trolling. I discovered Detroit Luv at some point when I was a know-nothing raver in Kalamazoo, and found in that vomit yellow-green message board an advanced education in music and smack talk, along with the beginnings of many relationships I still prize twentyish years later. . . .
"In addition to Dluv, he offered cut-rate (free?) server space to Detroit musicians/labels/promoters, encouraged the development of communities around this music we all love and he asked for little in exchange. As far as I can tell, Mark's reward was the pleasure gained from being part of a small culture that flourished thanks to his disproportionate efforts. I can draw a line directly from MD to countless friendships I forged and good times I had, and I expect many others can say the same. Mark is gone too soon." -- Terry Dwyer, Chicago

► 'Selfless ... important:' He is one of the most selfless humans on the planet and one of the single most important people in the history of the Detroit electronic music scene. -- Michelle Herrmann, Boston

► 'The vision:' I wouldn't know a lot of you here on my friends list if it were not for Nefarious Dot Net and the vision that Mark conceived and made real. I'm grateful for that. Always will be.
"Mark was our glue. If you religiously partied hard in Detroit, he is in your DNA." -- Dezi Magby, Hamtramck (two posts)