In many of Detroit’s poorest and most vulnerable communities, the environment can kill.

Asthma rates in the city are nearly 30-percent higher than elsewhere in Michigan, a 2006 state report says. Cancer risks are higher, too. Dumping sites, many of them illegal, abound. And Detroiters are exposed to some of the greatest concentrations of toxic pollutants anywhere, mosts from the filthy gas-burning power plants clustered in and around our neighborhoods.

To make matters worse, Detroiters are burdened by some of the nation's highest utility rates. So, in effect, they pay exorbitantly for health hazards.

Even as many other places make an accelerated move toward clean, renewable energy, Detroit continues to bear the costs of inefficient, unhealthy and environmentally hazardous practices by utility monopolies DTE Energy and Consumers Energy.

Plants in the state far exceed the national average for carbon dioxide and nitrous oxide emissions, according to a 2019 analysis of federal data by the Citizens Utility Board of Michigan, a nonprofit advocate for residential customers. Renewable energy makes up about 8 percent of the state’s power sources, the public interest group's 80-page report says. 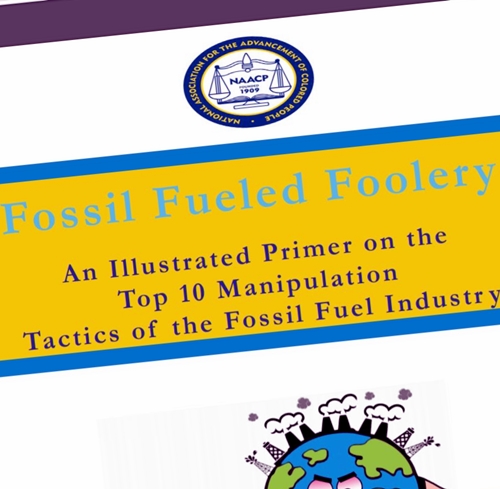 The NAACP warns about efforts to "pacify or co-opt community leaders and organizations and misrepresent the interests and opinions of communities."

As climate change concerns increasingly mingle with issues of environmental justice, you’d think the conditions that many in the city face would spark a rallying cry against the utilities’ standard practices and would galvanize activists outraged at seeing Detroiters’ collective health sacrificed in the name of corporate monopolies and profits.

Which side are they on?

Instead, as recent reports make clear, some of these same activists cash in on utilities’ callous mistreatment of some of the city’s worst off.

Last week, The New York Times ran a stunning piece about how the NAACP headquarters in Baltimore, disturbed by utilities’ efforts to co-opt local black political leadership even in its own local branches, warns communities of color against being “fooled by those whose only goal is to amass wealth without regard for the planet or its inhabitants.”

The NAACP also listed the "Top Ten Fossil Fuel Industry Tactics" designed to undermine efforts to promote afford clean energy solutions to poor communities around the country, including attempts to "pacify or co-opt community leaders and organizations and misrepresent the interests and opinions of communities."

Meanwhile, that same Times story also highlighted a new report by the Energy and Policy Institute that draws a line from utility donations to local community organizations to those groups’ willingness to spout the utilities’ talking points — even around policies clearly opposed by residents these groups purport to serve. (The institute, based in San Francisco, describes itself as "a watchdog organization that exposes attacks on renewable energy and counters misinformation by fossil fuel and utility interests.) 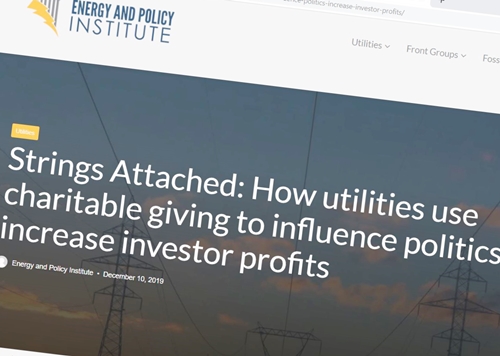 Titled “Strings Attached,” the institute report uses case studies to show how 10 utilities in U.S. cities use charitable donations to get grass-roots political figures to parrot their talking points. Detroit, where DTE has an energy monopoly, is one city cited.

According to the report issued last month, DTE Energy from 2013-17 used donations to several local groups to encourage them to help manipulate state energy policy. The case study says the company gave more than $78 million in charity over those five years, including hundreds of thousands of dollars pocketed by these groups:

The case study notes sketchy actions by these groups and others. 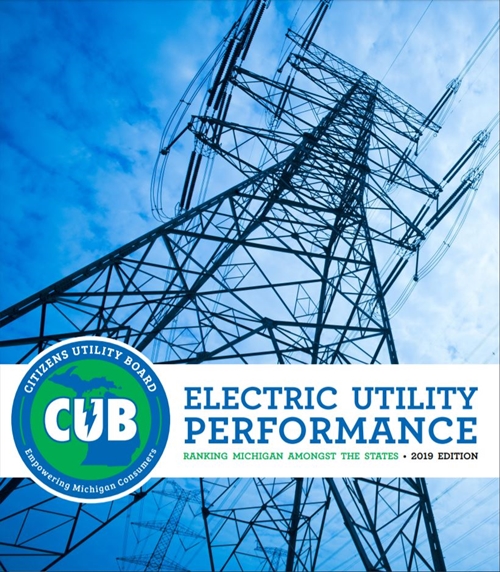 Of the 50 people who public comments at the meeting, only nine voiced support for DTE’s plan. Interestingly, these included:

At the meeting, Tupper even promoted the sort of anti-science nonsense more often associated with Donald Trump than with black activists committed to environmental justice: "We cannot always depend on wind turbines, nor can we always depend on solar energy, but natural gas stabilizes the system and allows us to be able to depend upon an institution that we have to depend upon."

In early 2019, the Public Service Commission, which regulates Michigan utilities, received what one commissioner called unprecedented opposition to a proposal by DTE to reduce compensation rates for homeowners who add solar panels to their homes and to charge a fee to customers who install rooftop solar.

But the opposition by DTE customers, who pay some of the country's highest rates, was undermined by Bishop W.L. Starghill Jr., a member of Michigan Energy Promise -- a front group for DTE that claims to advocate for communities of color but that has also taken thousands of dollars from the electric utility in recent years. 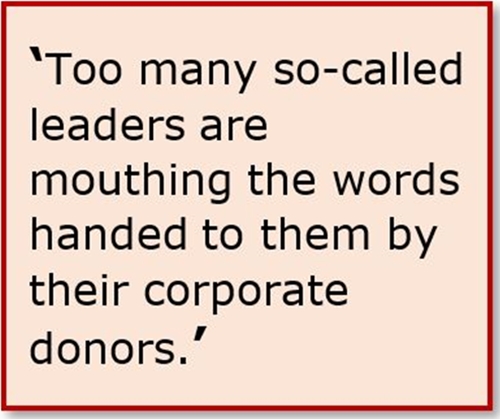 Just as the NAACP report warns, Starghill Jr. used industry talking points to make false claims about the impact of renewable energy on poor communities: "The private solar lobbyists in Lansing are pushing for a system that allows private homeowners to put a Cadillac-style energy system on their rooftops and pass the bill for maintaining the roads on to the rest of us," Starghill Jr. alleged last year in an op-ed for Bridge magazine last year.

Scarred by long legacies of environmental injustice and as threatened as any by the climate change crisis, poor black communities deserve better than corporate-sponsored dissembling and betrayal by utility shills in activist clothing.

As the threat of climate change increases and the costs of renewable energy sources grow more affordable, these so-called leaders should be promoting black and brown communities as ground zero for cutting-edge approaches to providing clean, less costly power.

And while some have indeed dedicated themselves to taking up the issue, too many others have decided it’s more lucrative to betray the larger community interests by mouthing the words handed to them by their corporate donors, no matter how specious, no matter how deadly.

For these mouthpieces, persistent, overpriced pollution appears to be a price that they can live with — even if it kills the rest of us.