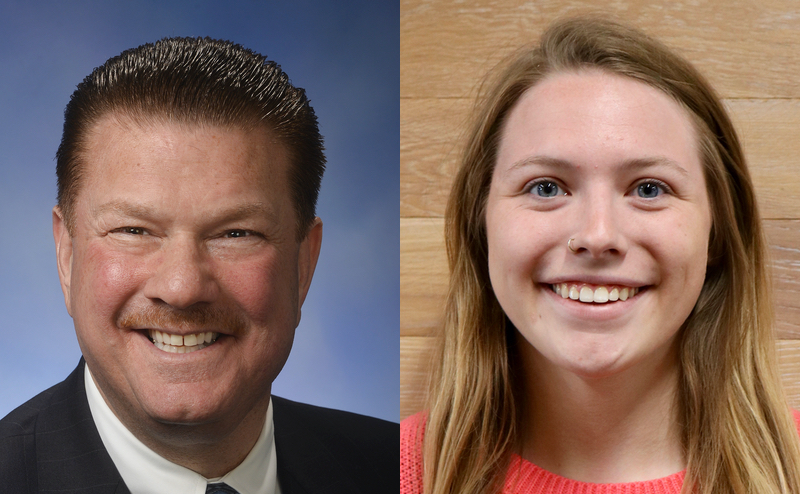 Her callout follows an attempt Tuesday to ask him about a story reporting that he was a member of an anti-Gov. Gretchen Whitmer Facebook group, now deleted, filled with talk of violence against her and two Democratic congresswomen from Metro Detroit.

What was meant to be an opportunity for Lucido to respond to the report turned into him making comments that objectified and humiliated me in front of a group of young boys.

After the Senate session ended and the chamber cleared out, a line of about 30 boys from Lucido’s alma mater, De La Salle Collegiate, an all boys’ Catholic high school in Warren, stood in front of the Senate doors.

I asked Lucido for a moment to address the issue at hand, and he told me he would catch up with me after he was finished honoring the group of students. ...

The teenagers burst into an old boys’ network-type of laughter, and I walked away knowing that I had been the punchline of their “locker room” talk.

Except it wasn’t the locker room; it was the Senate chamber. And this isn't high school. It's my career.

I'm 22 years old and one of the youngest current Capitol reporters. The senator's insinuating comments about the "fun" I might have with a group of teenage boys was belittling and it came from a place of power.

The headline on her account says, in part: "It's time to hold powerful men accountable for saying sexist things to young women."

► Update: Lawmaker from Macomb apologizes (sort of) amid outcry over sexist crack to reporter

Instead of walking away because "the situation made me embarrassed, it made me feel small," Donahue later confronted the 59-year-old lawmaker from Macomb County and tells how he responded.

The dramatic account, well worth reading, creates a social media stir that includes a Michigan congresswoman:

We must stand up to sexist, violent hate speech everywhere- especially in government institutions. Thank you @donahual for bravely telling your story. https://t.co/SWrXfiCOl4

A comment under that tweet says: "I called the senator's office to complain and was put on hold three times because they were "receiving a lot of phone calls."

One of Lucido's fellow senators, a Democrat from Detroit, also salutes Donahue:

Thank you @donahual for being brave and speaking out about what happened to you. Basic respect & decency should be expected and guaranteed at the State Capitol.

Speaking up about harassment and reporting through official channels is critical to end this unacceptable behavior. https://t.co/Yn0PMnkJQ2