A former Port Huron pastor and counselor, who is married and has three children, was sentenced Wednesday to 17 years in prison for sexually exploiting preteen and teenage girls by posing as a 15-year-old boy in a chatroom. 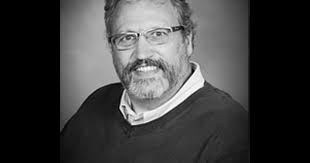 "By the nature of his position, Mr. Woodburn was entrusted with protecting the mental and spiritual health of his community," said Steven D'Antuono, head of the Detroit FBI. "But he was a wolf in sheep's clothing -- looking to prey on the most vulnerable members of our society."

Jackie Douglas Woodburn, 64, who was the director of the Colonial Woods Christian Counseling Center in Port Huron, where he worked 28 years, used an unmonitored online chatroom to target and manipulate girls.

Woodburn pretended to be a teenage boy while chatting with the girls and eventually began communicating with them via email and social media. He then manipulated, pressured and coerced the girls into undressing and engaging in sexual acts on camera.

Additionally, the FBI alleges that he targeted and exploited several additional victims not identified in the indictment.

Woodburn has a master's degree in community counseling.

“It’s completely reprehensible for any person — let alone a pastor and counselor — to abuse young children in this way,” Detroit U.S. Attorney Matthew Schneider said in a statement. “We hope this sentencing will bring some closure to the innocent victims and their families who were so badly harmed by the defendant.”