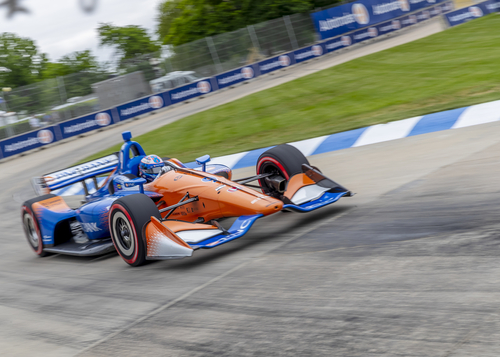 The writer is a former Free Press reporter and a member of the Belle Isle Concern.

Starting on Memorial Day, Belle Isle park officials announced Thursday, they plan to run the island’s water pumps 24 hours a day. But will that be enough to keep the Grand Prix track from flooding during the following weekend’s races?

DNR parks chief Ron Olson, citing predictions that the Great Lakes could rise six to 15 inches this spring and summer, said potential flooding is a concern at many state parks. But low-lying Belle Isle, largely built on landfill, sits in what could be a raging Detroit River.

Last year, parts of the track did flood weeks after the Grand Prix was over. Record high levels on Lake St. Clair pushed water through the island’s lakes and canals after an ill-timed habitat restoration project opened up the island’s eastern end.

This spring, a culvert that connects back to the river is supposed to allow some of that water to flow back out to the shipping channel—but the culvert is only being installed now. Because of that work, the roadway across from Canada will be closed until the end of April as the work is finished, the DNR’s Amanda Treadwell reported to the advisory committee Thursday.

After peppering officials with questions, Denker, the president of Penske Corporation, expressed hope that park personnel could stem the tide, but he concluded: “It’s gonna be tough.” Which is not the sentiment his boss wants to hear.

If forecasts pan out, nature may be the loudest voice at this May’s annual Belle Isle Grand Prix protest. And she cannot be moved.