The University of Michigan has embarrassing trouble near the top.

"Provost Martin A. Philbert has been placed on administrative leave as an outside law firm hired by the university conducts an investigation into allegations of sexual misconduct," the administration announces Wednesday afternoon in a dramatic statement.

No details are given about alleged misdeeds by the chief academic official, who is the second-highest administrator. UM says it "received several allegations of sexual misconduct by Philbert Jan. 16-17 and launched an internal investigation" Friday.

"Over the next three days, the university retained an outside law firm, which immediately launched an investigation of the allegations. Our Division of Public Safety and Security was engaged, and Dr. Philbert was directed not to report to work," says President Mark Schlissel. "I placed him on administrative leave Tuesday." 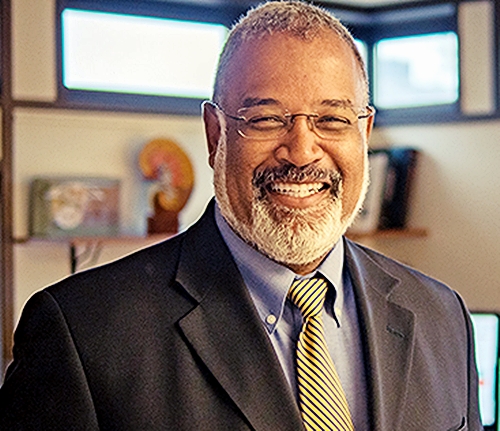 Martin A. Philbert joined UM in 1995 and has been the top academic officer since 2017. (Photo: University of Michigan)

The complaints don't involve students, university spokesman Rick Fitzgerald tells Bridge magazine. He wouldn't say whether they involve UM employees, virtually the only other possibility aside from outsiders doing business with the school.

The accused provost is being paid while awaiting the inquiry's outcome, a spokesperson trells The Michigan Daily student paper. He earns about $570,000 annually, a 2019 UM database shows.

The Daily notes on Thursday that "he is one of several University officials in the last few years to face scrutiny for sexual misconduct, following allegations against School of Music, Theatre & Dance professors Stephen Shipps and David Daniels last school year."

Philbert, a British-educated toxicology professor at the School of Public Health (where he was dean from 2011-17), is the chief academic officer. Deans of 19 schools and colleges report to him, and he reports directly to the president as one of three executive vice presidents.

Regents approved his appointment in June 2017 and he began as provost that September. Schlissel described him then as "an outstanding choice to be our next provost."

In addition to Wednesday's nine-paragraph statement, an email went to faculty, staff and students on the Ann Arbor campus. "We thank the individuals who have come forward with these allegations," Schlissel writes. "We know that reporting requires courage."

"We take allegations of sexual misconduct very seriously," he adds, "and our policy is clear: Sexual misconduct will not be tolerated in the University of Michigan community." 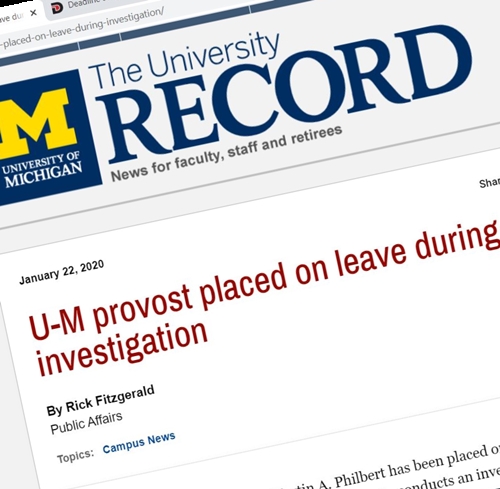 In addition to his academic oversight roles, Philbert is chief budgetary officer of the Ann Arbor campus. A job descrtiption says he's "responsible for sustaining and enhancing the university’s academic excellence in teaching, research and creative endeavors. The provost oversees the activities of the university’s 19 schools and colleges as well as the many interdisciplinary institutes and centers."

Philbert earned a bachelor of science degree at Cambridge, United Kingdom, and has as doctorate from the London University Royal Postgraduate Medical School.

After starting his career at Rutgers University in New Jersey as a neurotoxicology research assistant professor, he joined UM's School of Public Health in 1995 at the same level. A promotion to associate professor followed in 2000, and to professor in 2004.