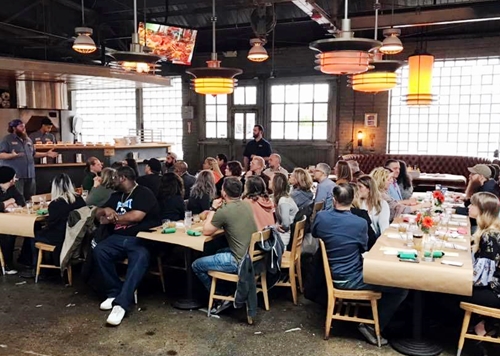 Neighbors have long complained about Vinsetta Garage restaurant customers parking on two side streets off Woodward, north of 11 Mile Road in Berkley. Some residents aren't shy about expressing annoyance to people parking in front of their homes.

On Thursday, after an eight-year dispute over parking, the Berkley City Council voted 7-0 to approve a compromise deal that settles a pending zoning lawsuit filed by Vinsetta owner Curt Catallo against the city in 2017.

Under the agreement, Vinsetta will be allowed to use the first two of the four lots they own on the north side of Oxford, behind the Woodward restaurant, to construct a parking lot, according to a statement by the city. The company will be required to build two houses on the two remaining lots.

The new homes must have a landscaping buffer and a decorative wall separating them from the parking lot.

The council also approved an agreement with Vinsetta and Lugo Properties to develop an expanded parking lot on the north side of Eaton Road, which is already zoned for parking.

Since it opened in 2012 in a former car repair shop, the restaurant has been busy, with waits as long as two hours for a table.