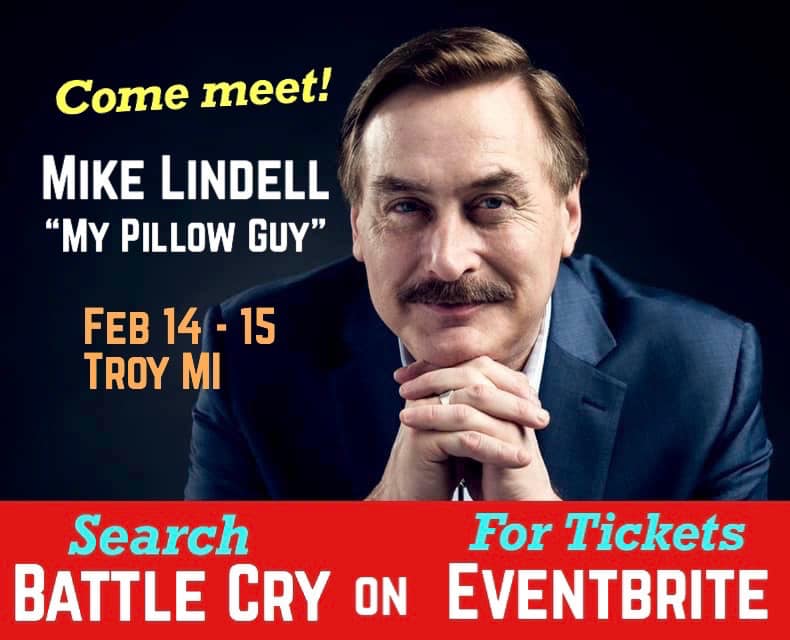 "My Pillow Guy" Mike Lindell, finance chair of "Minnesota for Trump," is one of the attractions at a February fundraiser billed as the biggest conservative conference in Michigan.

Chad Selweski, a contributor to Deadline Detroit, writes in his blog, Politically Speaking:

A press release by the Michigan Conservative Coalition about their Feb. 14-15 event in Troy (with tickets priced at $100 to $150) obviously makes no mention of Lindell’s checkered past. Instead, it promotes him as “one of the most well-known corporate spokesmen in history.”

Over the past several years, Lindell has made so many phony claims about the health benefits of his pillows that it would make an old-time snake oil salesman blush. While racking up many millions of dollars in sales, the company has reportedly claimed at various times that the My Pillow may rid you of multiple sclerosis, cerebral palsy, post-traumatic stress disorder, migraines, fibromyalgia, menopause, acid reflux, restless leg syndrome or numerous sleep disorders.