When entrepreneur Kristine Ferguson has a business vision, achieving it is more about when rather than whether.

Her six-week-old Highland Park sewing and alterations shop, Backstitch, is the latest example. It opened in mid-December, but the Cass Tech High School graduate registered its name with the state back in January 2013.

At the same time, she incorporated Knife x Knife, a handmade clothing business she ran first. "I'm always pushing toward an end goal, even if it's an inch at a time," she said on Facebook last year. 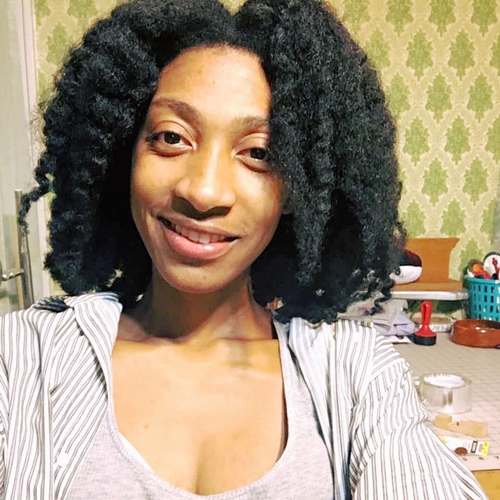 Backstitch is now Ferguson’s base for her former at-home alterations and mending business. ... Ferguson had been brewing on bringing the idea to her city for a while.

"It was really just seeing something that wasn't readily available in my community," she said. "I mean, it's not bad to drive to New Center or Ferndale to have your clothes tailored, but I know everybody in my area doesn't really have that opportunity." ...

She’s starting small, but in the long term plans to add more to the space. She will hold regular workshops — the first is a Valentine’s Day-themed lace bra and crotchless panty sewing class on Feb. 8 — and offers private sewing lessons. Eventually, she’d like to ... sell notions for sewers. There’s no place to buy general sewing supplies in Detroit or Highland Park, she said.

Last year, Ferguson expanded her experience by creating and altering more than 20 costumes for a four-day theatrical production of "Salt City" by jessica Care moore at the Wright Museum of African American History. "Made my momma proud," she posted on Facebook. 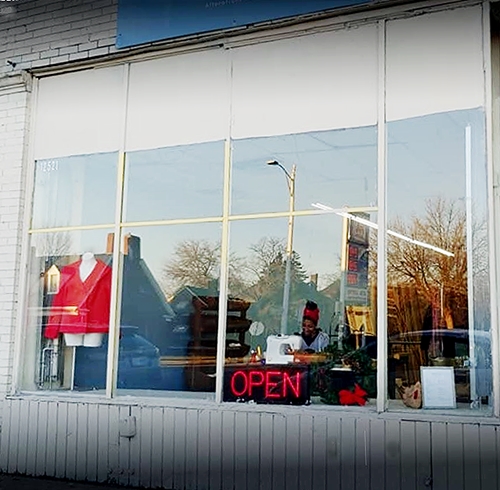 Ferguson at her sewing machine in Backstitch, 12521 Woodward Ave.

The creative artisan, who's raising two sons with her husband, has lived in Highland Park since age 12, Abbey-Lambertz writes in a follow-up Tuesday that presents Ferguson's view of her hometown's assets:

"It's a really close-knit community. Just to give you an example, my mom lives around the corner from me, and her neighbor's parents live next door to me. It's kind of like a little family here.

"The City Council people are kind of your neighbors too. So you really see and talk to them everyday. It's really easy to get involved in community things, just because everybody's everybody's neighbors. ... So you know people's kids, people know your kids, and it kind of makes it a little safer. ...

"A lot more people are investing and trying to get storefronts for things. I do see a change in people's attitudes and people's view and investment in the city."